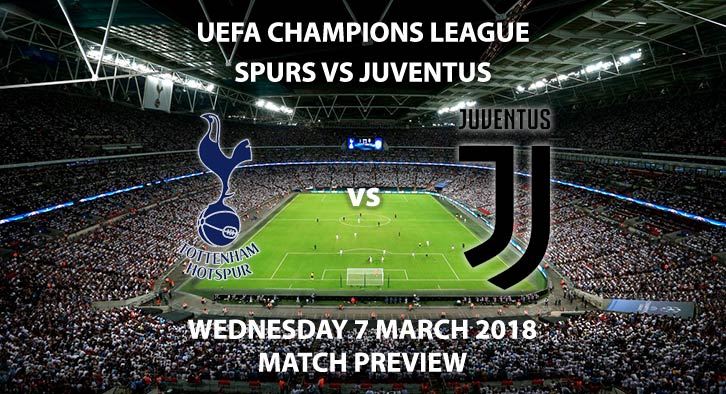 Tottenham vs Juventus: Tottenham take on Juventus at Wembley in a crunch clash for a place in the Champions League quarter-finals.

This is expected to be one of the best games of the competition, as Spurs take home advantage into the second leg. After recovering from 2-0 to draw in Turin, Tottenham will feel confident their two away goals can see them through. In the first leg, Mauricio Pochettino’s side were fantastic. After going two goals down early on they recovered to dominate the match and deservedly came away with a draw. In the league, they have been equally impressive. They are unbeaten in 17 games in all competitions and have won five of their last seven matches. Heung-Ming Son caught the eye with his performance at the weekend. The South Korean’s two goals against Huddersfield took his tally to 14 for the season, the most he has managed since joining the club.

Juventus’ late win at Lazio moved them to within one point of leaders Napoli, with a game in hand. The Serie A champions have won 13 of their last 14 games, with that only blip coming against Tottenham. Whilst they did concede two away goals, this Juventus team is more than capable of winning this tie. Under the guidance of Massimiliano Allegri, they have proven themselves to be one of Europe’s finest teams. With players like Paulo Dybala, Gonzalo Higuain and Mario Mandzukic, they therefore pose a threat to any side in this competition.

Szymon Marciniak is the referee for Wednesday night’s crucial match. The Pole has refereed a number of high profile games in the Champions League including Real Madrid’s clash with Spurs earlier in the competitions. He has issued ten yellow cards in three games but is yet to brandish a red card in the Champions League this season. Thus, I wouldn’t expect a huge number of booking points on Wednesday.

This should be one of the tightest game in recent Champions League history. There is very little to separate the two sides and as a result, fine margins will dictate this match. Due to Tottenham’s dominance in the first leg, I think they will marginally secure victory. This will be a big night for the likes of Harry Kane to prove himself on the biggest stage. Spurs have proven they can beat Europe’s finest at Wembley, having already put Real Madrid and Borussia Dortmund to the sword.

Tottenham vs Juventus will be televised live in the UK on BT Sport with kick-off at 19:45 GMT.