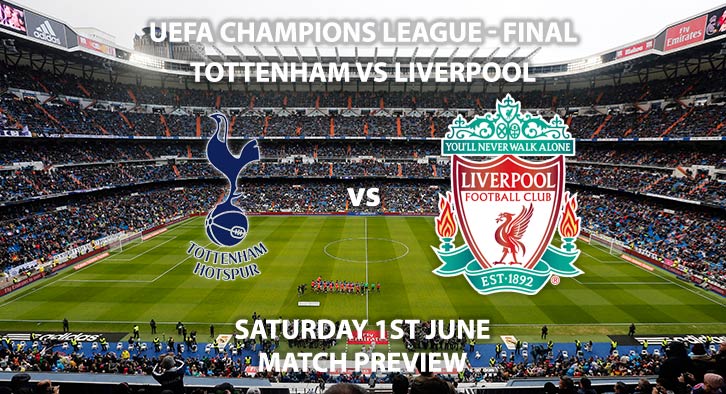 Tottenham Hotspur vs Liverpool: Liverpool will be desperate to make up for their Premier League disappointment by claiming the UEFA Champions League trophy when they take on Tottenham on Saturday night.

Jurgen Klopp’s reds missed out on their first Premier League title after losing out to Manchester City by a point. The Reds finished with the third-highest point tally in the competition’s history but still missed out to Pep Guardiola’s side. That disappointment should spur them on to claim the Champions League. It’s the second time in as many season’s that Klopp’s men have reached the final. Last years final was marred by Loris Karius’ error, whilst Gareth Bale’s wonder strike also stole the headlines.

Real Madrid won’t be there on Saturday, for the first time in three years, handing Mohamad Salah and Co the initiative to claim European success for the first time since Istanbul. All of the big guns are fit, meaning Sadio Mane and Roberto Firmino will lead the attack alongside Salah. Divock Origi could play the role of super sub, following his heroics against Barcelona in the semi-final.

Like Liverpool, Tottenham have their big names back, with Harry Kane set to make his first appearance since April 9. There has been speculation over the Englishman’s fitness, but also if he merits a place in the side. One of Lucas Moura or Son Heung-Min would be expected to drop out to make way for Kane, despite their heroics against Ajax that got them there. If not, it could be Dele Alli who misses out. It’s the first real selection headache Mauricio Pochettino has had to deal with for a few weeks. Spurs ended the season with a 1-1 draw against Everton, although their minds were clearly focused on their date in Madrid. It’s the first time they have reached the Champions League final since the competition was reformed. Without doubt, a win would go down as the greatest achievement in the club’s modern history.

Damir Skomina is the referee for this game. The Slovenian official took charge of Real Madrid’s win over Ajax in the round of 16, as well as last season’s semi-final between Liverpool and Roma. The experienced official has averaged 4.67 yellow cards per game this season. Therefore, I’d advise a maximum of 60+ total booking points this season.

This game will be tight. Liverpool won both meetings in the league, but only by one goal. I think that might be the case again, or, if not, it may go all the way to extra time and maybe even penalties.

Tottenham Hotspur vs Liverpool will be televised live in the UK on BT Sport 2 with kick off at 20:00 BST.