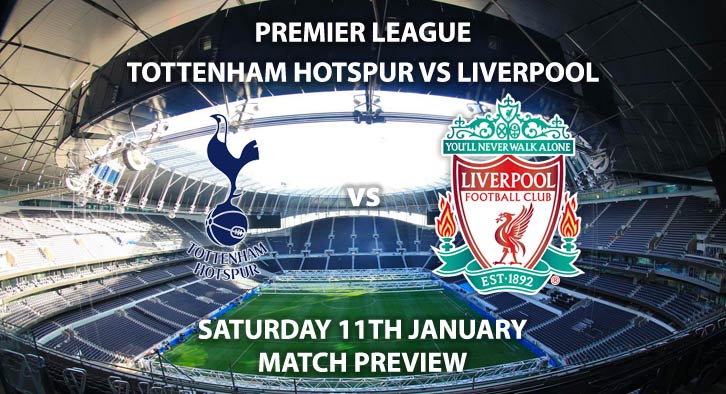 Spurs have just been hit with some bad injury news – Harry Kane is out until April with a hamstring problem. They are currently sixth in the league standings, six points from the Champions League places. Meanwhile, Liverpool are still unbeaten in the league and are 13 points clear at the top with a game in hand.

Tottenham are priced at 18/5 to win the match by SkyBet and end the Reds incredible unbeaten run. Liverpool are priced at 4/6 to win the match and continue their incredible pursuit of their first ever Premier League title. The visitors are quite clearly the in-form side and are coming up against an inconsistent Spurs side. Jose Mourinho’s arrival has steadied the ship, but they look rather vulnerable in defence. They have also lost their most recognised goal scorer whilst Liverpool’s front three are firing on all cylinders.

As mentioned, Liverpool should assert their dominance in this match with ease but do face a tougher opponent than usual. It is unlikely they will run away with the score line. Spurs could find a goal on the break as Jurgen Klopp’s side have had some shaky moments at the back.

If you are looking to back a goal scorer, then look no further than Liverpool’s Sadio Mane. The recently crowned African player of the year has scored eleven goals this term along with six assists and is at the heart of everything they do. He is up against Spurs’ Serge Aurier, who he should have on toast for 90 minutes.

The referee for this match will be Martin Atkinson. The official is one of the more lenient in the topflight with an average of 34.2 booking points from his 18 Premier League matches in charge. The match will be televised on Sky Sports Main Event HD and kicks off at 17:30 GMT.