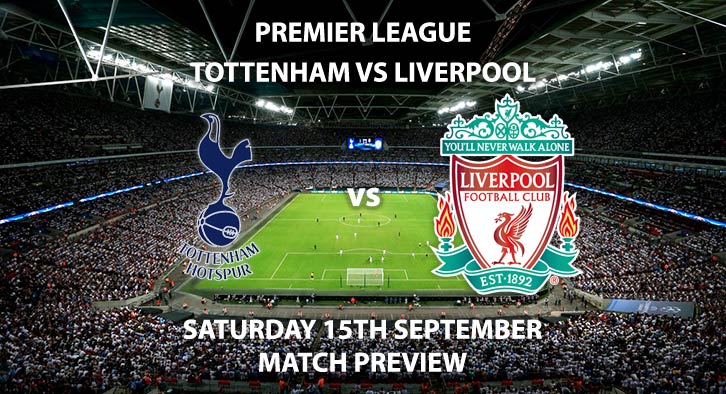 Tottenham Hotspur vs Liverpool: Liverpool take a trip to the capital looking to maintain their 100% start to the season when they face Tottenham at Wembley.

Spurs will be looking to bounce back from their first defeat of the season before the international break, as they lost 2-1 against Watford. Having impressively beaten Manchester United the previous Monday, Mauricio Pochettino will be disappointed to see his side give up a one-goal lead and lose. Overall, it has been a very positive start to the campaign for Spurs. Nine points from four games, that included trips to Old Trafford, St James’ Park and Vicarage Road, is a good return. They currently sit fifth in the table at this very early stage, only one point outside the top four. Lucas Moura will be hoping to build on his early-season form, having picked up the August player of the month award. The Brazilian stole the show with a brace against Manchester United and will be hoping for a similar performance against another top-four rival.

Liverpool currently top the Premier League table, with four wins from as many matches. The Reds have looked a lot more solid defensively this campaign, with Virgil van Dijk and Alisson key to their early-season success. They have only conceded once this campaign, although that came from Alisson’s well-documented gaff against Leicester City. That is the closest any side has come to taking points from Jurgen Klopp’s side, although this will be by far their biggest test to date. Sadio Mane has grabbed four goals in the Reds’ opening four games, a hot streak he will want to continue in this game. Mohamad Salah has two goals already to his name; he is expected to once again fight for the golden boot award with Saturday counterpart Harry Kane.

Michael Oliver is the referee for Saturday’s lunchtime kick-off. The Englishman has an average booking points total of 40, spanning from three top-flight matches. Therefore, I would advise a maximum total of 50+ total booking points on any bets for this match.

This should be a real cracking game. Both teams play attractive, expensive football, which should make for a great spectacle. There were nine goals in the two meetings between these two sides last year. As a result, I’m going to go for a high-scoring draw, with Kane and Salah a good bet to get on the score sheet.

Tottenham Hotspur vs Liverpool will be televised live in the UK on Sky Sports Football with kick off at 12:30 GMT.

Odds and markets last updated on Saturday 15th August 2018 @09:22 GMT. Keep checking back to see if there’s any updates to markets – the time stamp in the previous sentence for when we update tips on this page will be updated.