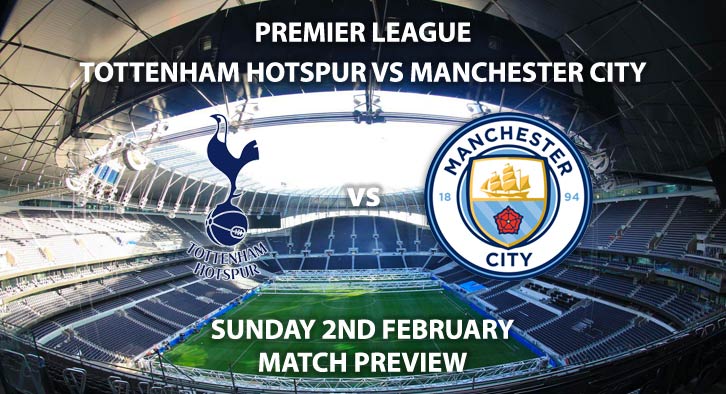 Spurs are struggling for consistency this season and only scrapped a 2-1 victory over Norwich in their last league outing. However, their home form is decent with three wins in their last four. Meanwhile, Manchester City are unbeaten in their last eight matches across all competitions, winning seven of them.

Tottenham are priced at 9/2 to win this match by SkyBet and pull off a shock victory against an in-form City side. Jose Mourinho is chugging along nicely with Spurs without doing anything spectacular. The loss of Harry Kane has been huge for them however they are still in the mix for a top four finish.

Attacker Son Heung-Min has had to try and fill the shoes of the injured Kane this season. He has six goals, seven assists and is priced at 9/4 to score anytime.

Manchester City are priced at 8/15 to win this match and extend their unbeaten run in the faint hope of catching league leaders Liverpool. Pep Guardiola’s side are looking less able to defend their Premier League title with Liverpool running away in the league. However, it hasn’t ruined their spirit as they are in great form and scoring goals for fun.

Striker Sergio Aguero has scored six goals in his last three Premier League matches and has a total of 16 goals for the season. He is priced at 12/5 to open the scoring at the Tottenham Hotspur Stadium.

The referee for this match will be Mike Dean. The official is the most experienced in Premier League history and is not shy when it comes to reaching into his pocket. Dean has averaged 46.1 booking points from his 18 topflight matches this season.

Tottenham Hotspur vs Manchester City will be televised on Sky Sports Premier League HD and kicks off at 16:30 GMT.

– The visitors are in really good form against a host team who are struggling to impress.