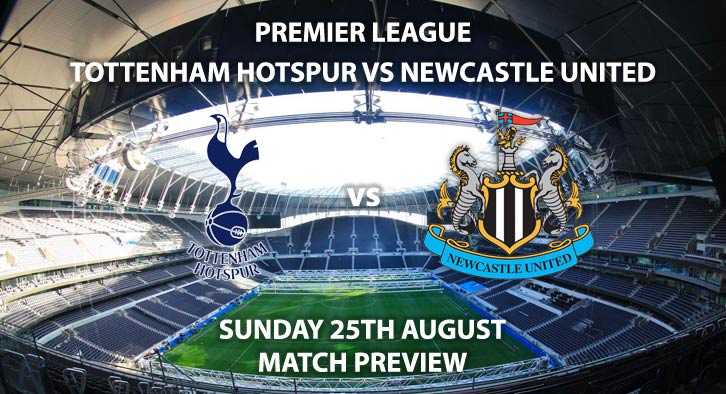 Tottenham Hotspur will be hoping to continue their fine start to the Premier League season when they host relegation-worriers Newcastle United.

Spurs are back in action after their weekend draw with Manchester City which ended in controversial circumstances. Despite a relatively below-par showing, Mauricio Pochettino’s team came away with an impressive point at the Etihad Stadium. That leaves them on four points from their opening two fixtures after beating Aston Villa the week before.

Lucas Moura once again played the role of super-sub last weekend but he’ll be hoping to earn starting spot this weekend. The Brazilian seems to have forged a good relationship with Harry Kane, playing on the shoulder with Kane dropping deeper to collect possession.

Newcastle have had a bad start to the season and are awaiting their first point under Steve Bruce. Last weekend they were thumped 3-1 at Norwich City. Desperate defending was the story of their afternoon, with Teemu Pukki grabbed a hat-trick.

Bruce has to find a way to bring some more creativity into the Magpies side too. Allan Saint-Maximin will be pushing for a start to offer support to Miguel Almiron and Joellinton in attack. Without his pace on the counter-attack from Saint-Maximin, it’s tough to see how they could hurt Tottenham.

Newcastle have been woeful so part this season. In contrast, Tottenham have been superb and will be difficult to stop for any team at home. Therefore, I’m going for a home victory, with some goals.

Tottenham Hotspur vs Newcastle United will be televised live in the UK on Sky Sports Premier League HD with kick off at 16:30 BST.