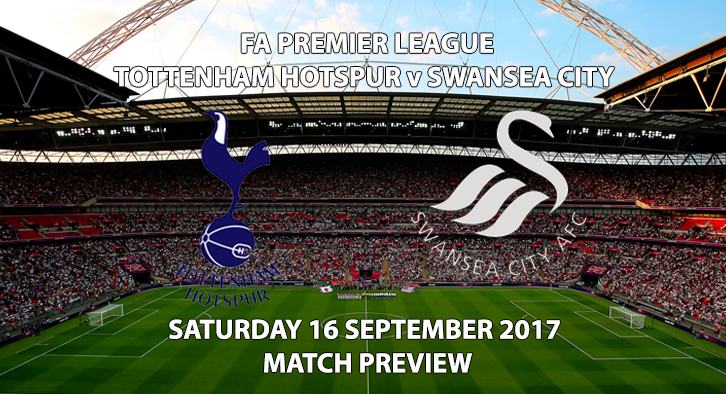 Tottenham Hotspur vs Swansea City – Match Preview – Tottenham will be hoping to secure back to back home wins for the first time this season, as they face Paul Clement’s Swansea City.

After a morale boosting win over Borussia Dortmund in their opening Champions League game in midweek, Spurs will be looking to back that up with their first home league win of the season. Another win for Mauricio Pochettino’s men would be their third in a row in all competitions, and would leave them unbeaten in four. 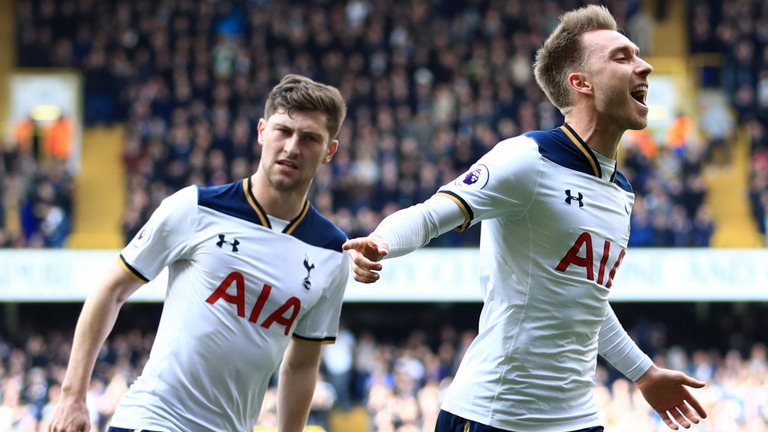 Eriksen has been in great form for Spurs so far this season Photo Credit: skysports.com

The most pleasing thing for Spurs’ fans will be to see Harry Kane hitting the net again. After opening his account for the season in their 3-0 win over Everton, the Englishman grabbed himself another brace in midweek. That leaves Kane with six goals in his last four games for club and country, after failing to score in his opening three Premier League games. With Heung-Ming Son also getting on the scoresheet in midweek, Tottenham appear to be sharing the goals around more this season, with five different players scoring in their five games so far, this campaign.

For Swansea, they’re still seeking consistency after grabbing four points from their first four league games. After picking up a victory and a draw at Crystal Palace and Southampton, it is their home form that is letting them down. A 4-0 defeat to Manchester United can be accepted, with the Red Devils scoring three in the last ten minutes to make the score line an unfair reflection of the full 90 minutes. However, a damaging 1-0 home defeat to Newcastle has left the Swans fans wondering which version of the team they will see when they visit the Liberty Stadium. 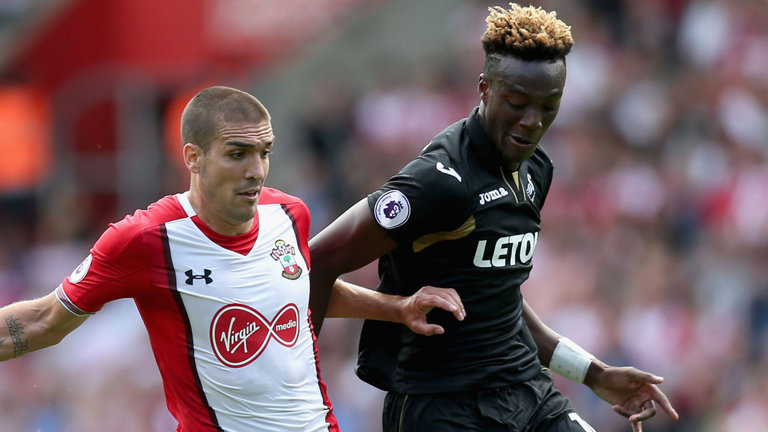 Abraham will be hoping to get on the scoresheet at Wembley against Spurs Photo Credit: skysports.com

There have been a number of bright moments in Swansea’s early season however. The blossoming partnership of striking duo Tammy Abraham and Jordan Ayew has caused Premier League defences issues, with both strikers proving a handful. There is also the new signing of Wilfried Bony and Renato Sanches for fans to get excited about, with both players making their first appearances in their last match. Whilst it might take a little bit of time to get both up and running, the potential is certainly there for them to have a great season.

Tottenham have not lost to Swansea City in the league since 1982, a run stretching back 16 matches. Even in more recent history, the Swans have only picked up two point against their hosts since their return to the Premier League back in 2011. In keeping with that record, Tottenham have also scored 2 or more goals in each of their last seven games against Swansea, a run stretching back to 2013.

SKYBET: ALLI AND ABRAHAM TO BOTH SCORE- 7/1