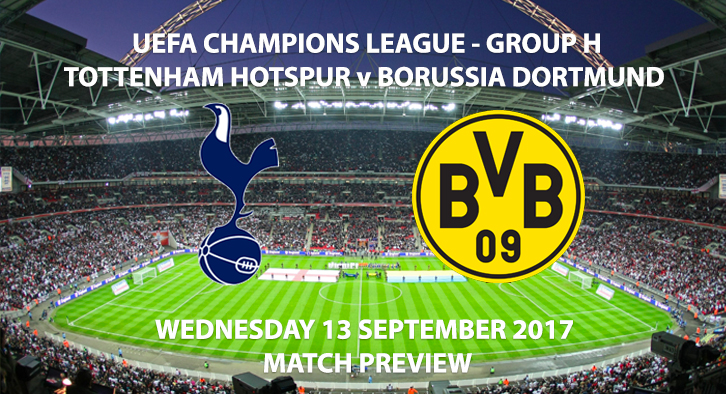 Tottenham vs Dortmund – Champions League Preview – Tottenham kick off their Champions League campaign against a dangerous Borussia Dortmund side, with Mauricio Pochettino’s side looking to claim their first home win of the season.

Tottenham are yet to win at home since their move from White Hart Lane to Wembley Stadium, having lost to Chelsea and drawn with Burnley in the league. They also played their Champions League home games at Wembley last season, and won only one of their three home games, losing the other two. That gives Spurs just one win in seven games at Wembley since the start of last season.

After failing to make it out of the group stages last season, Tottenham know if they are to progress this year, they must win their home games. In what many have described as the ‘group of death’, home advantage against both Real Madrid and Dortmund will be key, as they look to take maximum points. 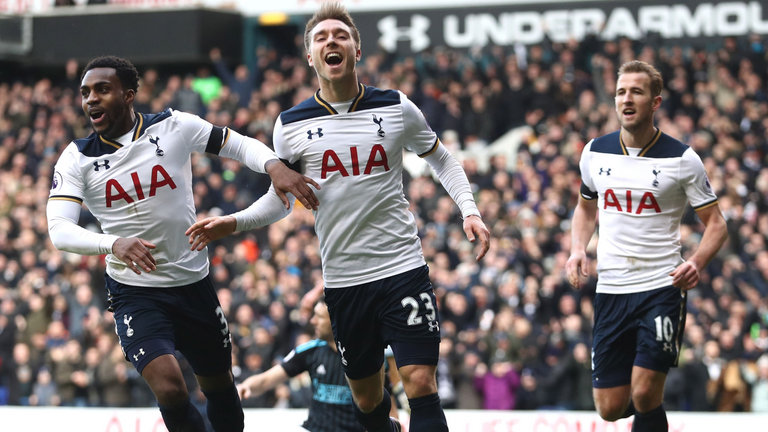 Can Spurs make Wembley their fortress this season in a tough group E? Photo Credit: skysports.com

Away from home, Tottenham have shown signs of their impressive form last season. Two tricky away games at Newcastle and Everton has yielded six points, which has given Spurs fans optimism for the season ahead. Harry Kane and Christian Eriksen both opened their scoring accounts for the season at the weekend, with the Englishman bagging a brace. With Deli Alli also having scored two this season, it would appear they have left off from last season and can be a real force in the league once again. If they can finally nail down their form at Wembley, there is no reason why Tottenham can’t challenge both domestically and in Europe. 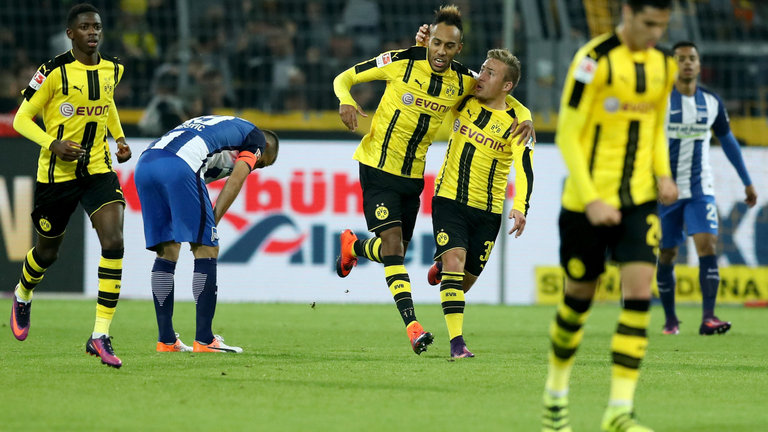 Aubameyang will be a goal threat for Dortmund at Wembley Photo Credit: skysports.com

Dortmund come in to this game full of optimism after picking up seven points from their first three league games. They currently sit top of the Bundesliga and unbeaten in all competitions. Now under the guidance of Peter Bosz, the club will be looking to mount a serious challenge for the Champions League once again. After a turbulent summer saw the departure of Ousmane Dembele to Barcelona, the club reacted with the signing of Andrey Yarmolenko. Other impressive additions such as Mahmoud Dahoud and Omer Toprak have further strengthened their squad, and with Pierre-Emerick Aubameyang in the team, they will always be a threat going forward. The Gabon striker scored 42 goals in all competitions last season, and has already notched six goals in five games this season.

These two sides have only previously met twice, with Dortmund winning on both occasions. After drawing each other in the last 16 of the Europa League in 2016, the German club came out 5-1 aggregate winners, after winning 3-0 and 2-1. With both sides dangerous offensively, I can see a score draw. With Kane and Aubameyang on the pitch, both defences will have to be on red alert if they want to get something from the game.

SKYBET: KANE AND AUBAMEYANG TO BOTH SCORE- 11/4