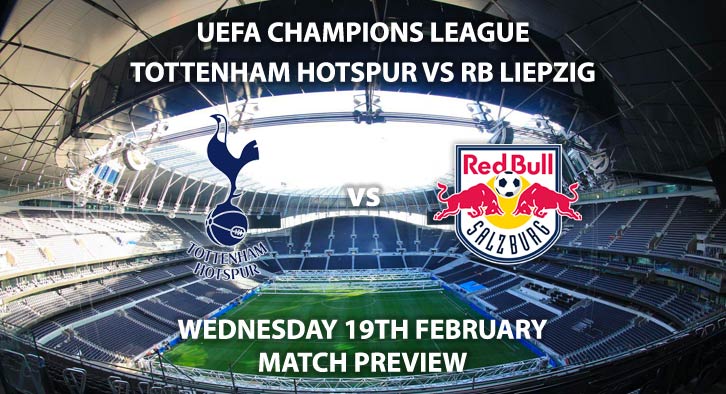 Spurs enter the match in great form and are unbeaten in seven matches across all competitions. They cruised through to the knockout stages in second place in Group B. RB Leipzig topped Group G with three wins, two draws and one loss. The German’s are in slightly worse form than their opponents with just one victory in five across all competitions.

Tottenham are priced at 6/4 to win the match by SkyBet as the bookmaker’s struggle to call a winner from this one. Spurs have been dealt another huge injury blow ahead of this match, with Heung-Min Son also side lined alongside Harry Kane. They are, however, in good form ahead of this home fixture.

In Son and Kane’s place, Jose Mourinho will likely turn to new signing Steven Bergwijn to spark some energy into the attack. He has impressed so far and is priced at 5/2 to score anytime.

RB Leipzig are priced at 17/10 to win the match and give themselves a huge advantage when they travel back home for the second leg. The Germans must turn their form around quickly if they are to reach the quarter finals. They have failed to win from their last four away matches in all competitions.

Going forward, Timo Werner will be the biggest threat to Spurs defence. He has 20 Bundesliga goals this term and is priced at 11/10 to score anytime.

Tottenham vs RB Leipzig will be televised on BT Sport 2 HD and kicks off at 20:00.

– It’s tough to tell how these two will play with a second leg around the corner. Expect a cagey affair.