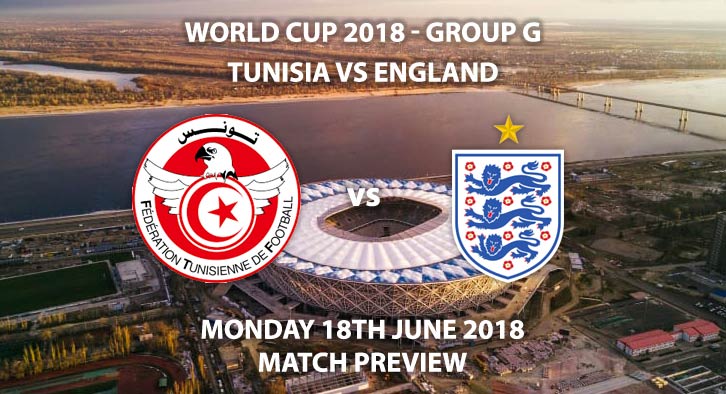 England kick off their World Cup campaign against Tunisia, with Gareth Southgate’s youthful squad hoping to make a positive start in Group G.

Two wins from their last two warm-up friendlies is promising; as is England’s form since the former Middlesbrough boss took over. There is a clear style to the Three Lions’ play, a system, an identity – something they have been lacking for many years. A lot of people have described this England group as one of the least talented, given the players gone by in previous years. The ‘golden generation’, which contained masses of medals, trophies and countless honours, have now been and gone.

What England are left with is a group of unified players. A happy, confident-looking bunch. That positive atmosphere breeds; it’s written across all the players’ faces. It’s worth remembering that whilst England may lack a midfield maestro, like a Paul Scholes, they do have Harry Kane – one of the world’s best strikers. Kane struggled in France two years ago in his first international tournament. Now, as newly-appointed captain, the pressure is even greater for the Spurs forward to deliver. England have to build around him to have any hopes of progressing to the latter stages of the tournament.

Tunisia come into the game as firm underdogs. With Belgium and England expected to fight it out for top spot, they will be hoping to go under the radar and cause an upset. Ensuring victory against Panama and avoiding defeat in one of their other game looks to be their only hope. Their chances may be slender, but there is always a chance. They will be hoping for big performances from former Sunderland winger Wahbi Zhakri and striker Youssef Msakni. Msakhni was their top scorer in qualifying and has scored seven goals for them in the last 18 months.

Wilmer Roldan is the referee for England’s opening match. This is the Colombian’s second World Cup, having officiated four years ago against Brazil. In 125 international matches he has averaged 5.34 yellow cards and shown a penalty in 0.3 of his games. Therefore, any penalty bets might be worth a look whilst I’d advise 40+ booking points for the match.

For the first time in a while, the whole country seems behind England heading into a major tournament. Nobody expects them to lift the trophy, but there is a quiet sense of optimism. I expect England to get off to the perfect start on Monday, although as often is this case, nothing is ever straightforward with the Three Lions.