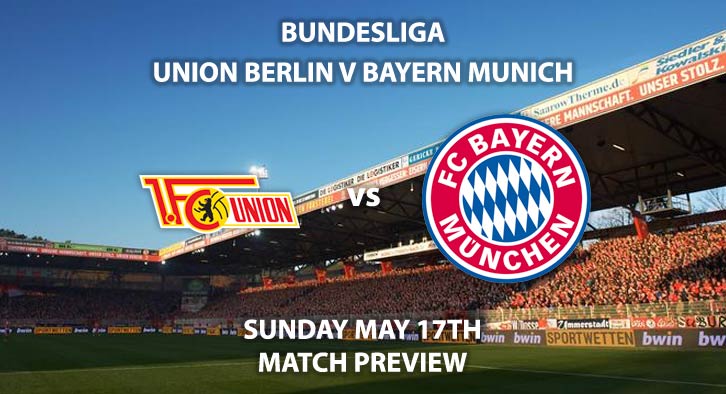 The Bundesliga returns this weekend after more than a two-month absence and league leaders Bayern Munich travel to face Union Berlin on Saturday.

All eyes will be on the Bundesliga this weekend for its resumption. The German top-flight is the first major league to resume amid the Coronavirus crisis. All matches will be played behind closed doors, and only essential staff and officials will be present at all matches.

Hans-Dieter Flick’s side are five points clear at the top of the Bundesliga and are on course for their eighth consecutive league title. Bayern are unbeaten in their last eleven Bundesliga affairs, winning ten and drawing one. Their last league defeat came on the 7th of December, away to Borussia Monchengladbach.

Union Berlin are enjoying a positive first-ever season in Germany’s Bundesliga and are 11th in the division. Prior to the break, Berlin had lost one of their last four.

Before the break, Bayern were just as resourceful defensively as they were in attack. The league leaders hit thirty goals and kept six clean sheets in their nine games before prior to the season’s stoppage.

Robert Lewandowski is leading the Bundesliga’s goalscoring chart, netting 25 goals in as many games – the Polish striker is averaging a goal every 82 minutes. SkyBet are offering odds of 9/5 for Lewandowski to open the scoring on Saturday afternoon.

Thiago has been booked twice in his last four Bundesliga appearances, and leads the way in terms of yellow cards for Bayern this season with seven. The Spaniard is priced at 16/5 on SkyBet to be booked on Saturday.

Union Berlin have averaged just over two yellow cards per game in the Bundesliga this season, and before the break had received seven bookings in their last four outings. This considered, I would recommend a minimum of 20+ team booking points.