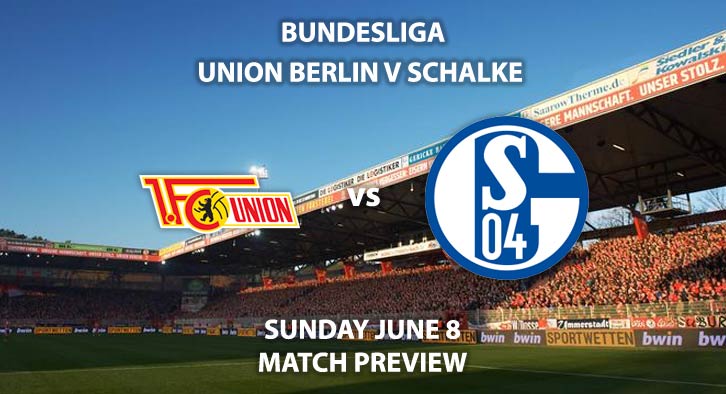 Both teams are entering this match in pretty woeful form. Union have lost five of their last six matches and drew the other in a 1-1 match with Mainz. Meanwhile, Schalke have lost seven of their last eight matches and are without a win in over ten outings.

Union Berlin are priced at 7/5 by SkyBet to claim a home victory against their out of form visitors. Union find themselves in a pickle after a 4-1 defeat against Borussia Monchengladbach. They have scored just two goals from their last four matches since the league’s return and have failed to impress with their defensive efforts. Fortunately, they are not facing the most potent or in-form attack on Sunday, in a match that provides a great chance for them to improve their form.

Striker Sebastian Andersson has been their brightest star this season with 12 Bundesliga goals. He scored in their last match and is priced at 17/10 to score anytime.

Schalke are priced at 19/10 to win the match by SkyBet are climb themselves out of this current slump. David Wagner’s side have cut a frustrated figure since the Bundesliga return, with four straight losses and only one goal scored. Whilst injuries have not been on their side, they have not been able to turn possession into chances which has cost them.

In attack, they are missing their two top goal scorers this season; Suat Serder and Amine Harit. Their greatest goal threat will come from Benito Raman, who is priced at 13/5 to score anytime.

Last time these two met, Schalke pulled off a late 2-1 victory with an 86th minute goal from Suat Serder, who is unavailable for this match. 50 booking points were brandished in the reverse fixture and SkyBet are offering 11/8 for 50+ booking points again.

– It’s tough to split these two, who are in horrendous form and struggling to score many goals.