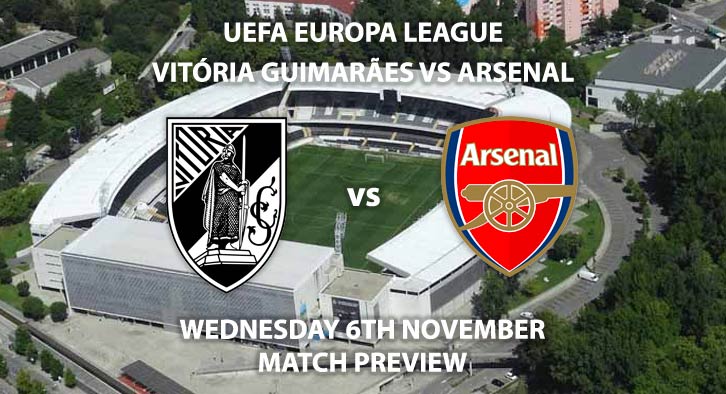 Victoria Guimaraes host Arsenal in UEFA Europa League action at an unusual time on Wednesday afternoon. The Gunners will want to secure their place in the knockout stages of the competition with a win whilst Guimaraes still have a point to prove, sitting rock bottom of Group F.

Guimaraes are priced at 5/2 to win on home soil by SkyBet after a promising performance at the Emirates Stadium in the previous meeting. The Portuguese outfit shocked Arsenal with a fast start last match and went into half-time at 2-1 up. A standout performer on the night was goal scorer Bruno Duarte. The striker will feel more comfortable in front of a home crowd and is priced at 15/8 to score anytime.

Guimaraes have kept just one clean sheet in their last five matches in all competitions. SkyBet are offering 9/2 for the hosts to win and both teams to score.

Arsenal are priced at 19/10 to win and will want to produce a strong performance after recent weeks. Unai Emery’s men have been very hot and cold during matches and are showing little character to hold out results in all competitions. In the reverse fixture, they needed two late free kick goals from Pepe to save them from an embarrassing loss.

Gabriel Martinelli is making a very strong case to get more minutes. The youngster has scored seven goals from eight matches this season and Unai Emery can no longer ignore his impact. He scored in the last match, too. He is priced at 6/4 to score anytime.

The referee for this match will be Halis Ozkahya. In their last meeting five cards were shown. It was a tight and tense affair and is likely to play out similarly this time around.

Victoria Guimaraes vs Arsenal will be televised on BT Sport 2 HD and kicks off at the early time of 15:50 GMT.

– On paper, the visitors should win this easily, but they have been less than convincing in recent weeks.