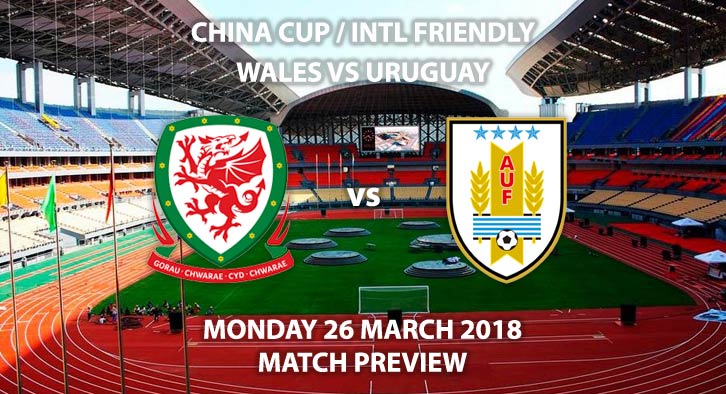 Wales v Uruguay – Ryan Giggs’ Wales will face Uruguay in the Final of the China Cup to see who lifts the second iteration of the international trophy.

Wales blitzed through their semi-final against China last time out, demolishing the hosts 6-0. Gareth Bale, as ever, was the star man, scoring a hat-trick to overtake Ian Rush as Wales’ record goal-scorer.

Further strikes from Liverpool’s Harry Wilson, making his full debut, and a brace from Sam Vokes sealed the impressive victory. Ryan Giggs will have been delighted with his team’s display in his first foray into permanent management.

Chile won the first ever China Cup last year, defeating Nordic surprise packages Iceland 1-0 in the Final. Uruguay will be hoping to continue the South American success and claim the title too this time out.

Oscar Tabarez’s side bested Czech Republic in their semi-final, winning 2-0 courtesy of goals from Edison Cavani and Luis Suarez. The Barcelona striker reached a half-century of international goals in the process, a wonderful achievement.

This still seems to be somewhat of a golden generation for Uruguay. After winning the Copa America in 2011 and reaching the last four of the World Cup the year before they are still a huge threat to all that face them, spearheaded by an astonishing attack force of world-class talent in Cavani and Suarez. Add to the mix one of the game’s best defenders in captain Diego Godin and fellow Atletico Madrid centre-back Jose Maria Gimenez and the core to the team is impressive.

In Wales’ case, victory in this tournament does not make up for failing to qualify for the 2018 World Cup. However, it presents the opportunity to instil a winning culture in his team to take forward for the foreseeable future.

Uruguay will equally want to claim the title to further solidify themselves as a nation with winning pedigree.

Both teams can expect a much more difficult challenge than they experienced in the last round. The game is likely to be tight, as both teams normally build from a solid platform. As often seems to the case in international football, it could well come down to a moment of magic from the star players at the top of the pitch. Cavani, for instance, is having another outstanding season at PSG, already having bagged 33 goals this campaign.

Any opportunity to see El Classico rivals Luis Suarez and Gareth Bale on the same pitch is one that shouldn’t be missed. As international breaks go, this game is as intriguing as it gets. The very least both managers can expect from this is a truer understanding of where their teams are at.

With the array of attacking talent on show, both teams should score with Uruguay’s firepower ultimately carrying them home.