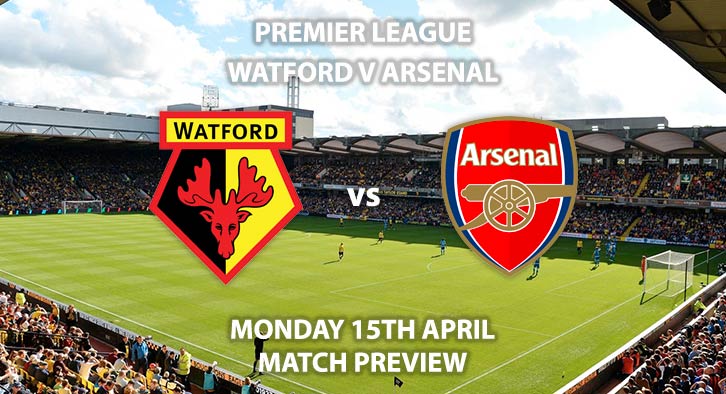 FA Cup finalists Watford will be hosting Arsenal in the Premier League this Monday night.

The hosts have seven wins from their last ten matches in all competitions and will be much better rested than their opponents. They have had eight days rest whereas Arsenal played four nights ago against Napoli in an impressive 2-0 win.

Watford are priced at 19/10 to win the match by SkyBet. The Hornets still have a lot to play for as they are 10thbut just one point from European qualification in seventh place. They showcased great character in their FA Cup semi-final against Wolves to come back from 2-0 down. Winger Gerard Deulofeu stole the headlines with two goals and has also been impressive in the league with 7 goals and 5 assists. He is 21/10 to score anytime.

Arsenal are priced at a very tempting 6/5 to win however their away form has not been desirable. The visitors pulled out all the stops in their Europa League tie against Napoli on Thursday, with a 2-0 victory. Midfielder Aaron Ramsey scored before Kalidou Koulibaly scored an own goal and Unai Emery’s side cruised to the final whistle. Both the club’s striker Alexandre Lacazette and Pierre-Emerick Aubameyang are making the starting eleven and look a real threat as a partnership. The Gabon international is just two goals from the highest scorers in the league with 17 goals. He is 6/5 to score anytime.

The referee for this match will be Craig Pawson. The official has shown his no-nonsense side when officiating in the top flight with an average of 40 booking points per match. Also, the last time these two met, 40 booking points were brandished. SkyBet are offering 4/5 for 40+ booking points.

The match will be televised on Sky Sports Football HD and kicks off at 20:00.

– The visitors attacking prowess is in form and capable of causing problems for Watford’s defence.

Odds and markets last updated on Monday 15th April 2019 @17:45 GMT. Keep checking back to see if there’s any updates to markets – the time stamp in the previous sentence for when we update tips on this page will be updated.