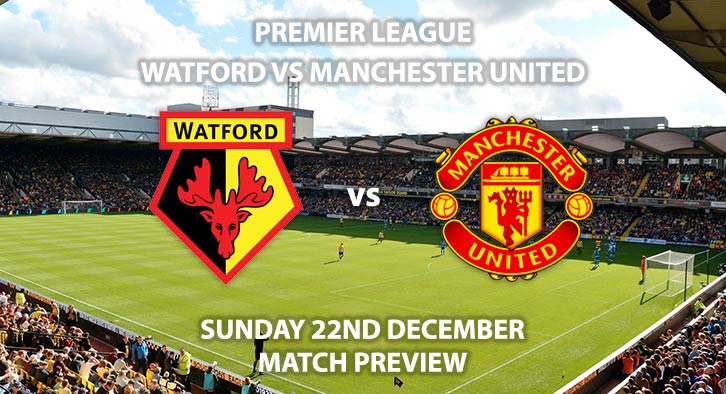 The Hornets are having a torrid time with just one win from their 17 league matches so far. Nigel Pearson will be hunting for his first win in charge of the club. Meanwhile, United have hit form with Ole Gunnar Solskjaer after a period of doubt and are unbeaten in five matches across all competitions.

Watford are priced at 10/3 to win the match by SkyBet and finally get their season back on track with a win. Nigel Pearson is still settling into his life at Watford but needs to make an impact quickly, with them six points from safety for now. The Hornets have scored just once in their last six matches – proving their problems are at the front as well as the back. United are a counter attacking side and could punish them on the break with their poor organisation.

Winger Gerard Deulofeu was the club’s last match winner and home goal scorer and is priced at 14/5 to score anytime.

Manchester United are priced at 4/5 to win the match and continue their unbeaten run. Solskjaer’s side have gone six matches unbeaten in the Premier League with every one of those matches seeing both teams scoring. They are priced at 9/4 to win and Watford to score.

Going forward, Marcus Rashford is in the form of his life with ten league goals and has scored in three of his last four outings in all competitions. He is priced at 10/11 to score anytime.

The referee for this match will be Lee Mason. The official has not been shy with his cards this term, with an average of 37.9 booking points from his seven topflight matches. Last time they met there were 30 booking points.

– The visitors should walk through this with ease.