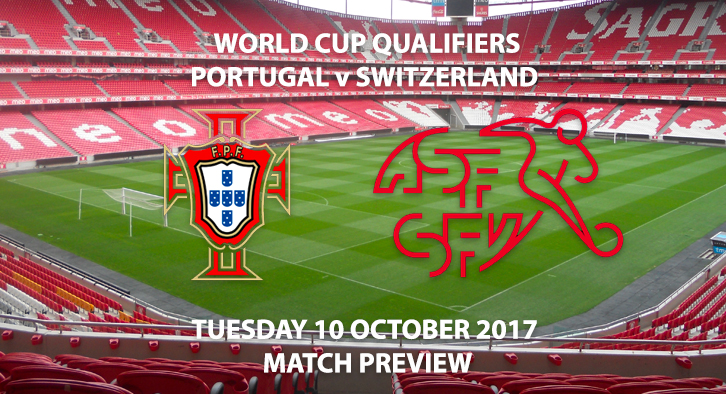 Portugal vs Switzerland – Match Preview – Group B reaches its nail-biting climax as leaders Switzerland travel to European Champions Portugal in a winner takes all clash in the race for Russia 2018.

This game is the definition of all to play for, La Nati have won every single one of their matches so far – including a 2-0 victory over Portugal in the reverse fixture – and lead the Selecao by three points entering the final matchday, albeit with a worse goal difference.

The permutations are as follows; a draw will see Vladimir Petkovic’s side qualify automatically as Group winners and Portugal into the play-offs.

However, a win for Portugal will see Cristiano Ronaldo and co into the 2018 World Cup and Switzerland fall into the play-offs instead, bizarrely despite winning nine of their ten games.

The only time Portugal have faltered in this qualification campaign has been the opening game against Switzerland, not many expected the Swiss to maintain their perfect form throughout but they have given themselves every opportunity to see the job through here.

It would be somewhat disconcerting for the reigning European Champions to fail to automatically qualify from their group, but Fernando Santos’s team have been convincing too. They outclassed both Faroe Islands and Andorra 6-0 and beating the other strongest opponents Hungary 3-0 and 1-0 with relative ease – and Portugal will strongly fancy their chances of breaking Switzerland hearts at the intimidating Estadio da Luz.

Team News
The main man Cristiano Ronaldo started the previous game against Andorra on the bench, despite coming on to make a huge impact and score when needed, to preserve his energy specifically for this crucial fixture – so is almost guaranteed to return to the starting line-up.
Santos will be without left-sided players Fabio Coentrao and Dortmund’s Raphael Guerriro.

Switzerland are facing this crunch tie without midfielders Edimilson Ferandes and the key Gelson Fernandes due to injury. 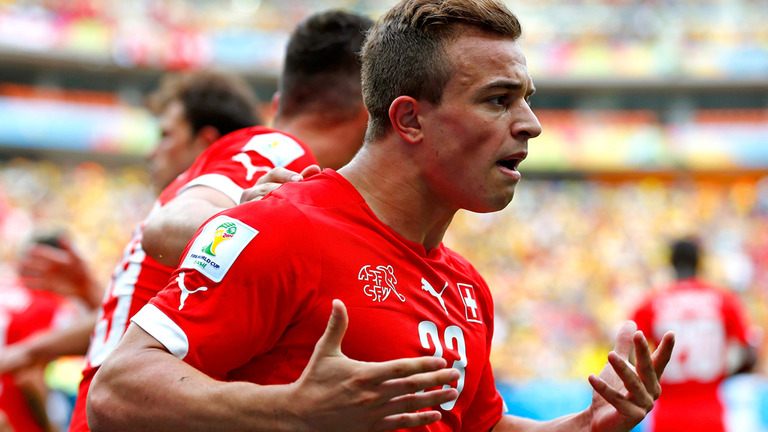 Shaqiri has the ability to win the game single handedly Photo Credit: skysports.com

Player to Watch
Whilst most will be expecting Portugal to take the initiative and attack Switzerland in search of the win they so desperately need, they will have to be wary of the threat facing their defence, and in particular from Xherdan Shaqiri. Plying his trade for Stoke City, British football fans know how dangerous the winger can be, possessing the ability to create a moment of magic from nothingness – precisely the type of unpredictable quality that could be the difference on a night like this. The ex-Bayern Munich and Inter Milan man has a wand of a left-foot, sparking a threat from anywhere within 30 yards or from free-kicks there may be a specific plan in place to nullify his threat. Hopefully a Shaqiri on the top of his game turns out in, for a 25-year-old extremely impressively, his 65th cap – hoping to add to his already stellar tally of 20 international goals.