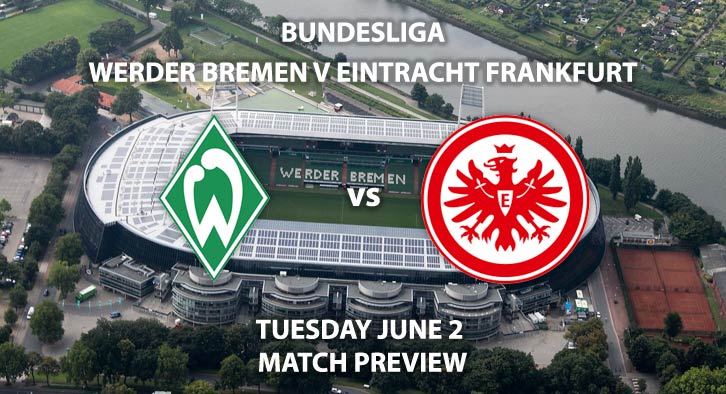 Both sides have not enjoyed great seasons in the German league, with Bremen still sitting in the relegation zone. Meanwhile, Frankfurt are still not completely safe and just sitting five points above the drop zone.

Werder Bremen are priced at 17/10 to win the match by SkyBet and claim a vital three points in their bid for survival. Despite their poor form before the coronavirus pandemic and the league being suspended, Bremen have hit the ground running since the restart. In their last three matches, they have managed two wins and a draw – not conceding a goal across the 270 minutes.

In attack, striker Milot Rashica will be the club’s best chance of getting a home victory. He is priced at 21/10 to score anytime.

Eintracht Frankfurt are priced at 7/5 to claim an away victory. Frankfurt finally ended their poor winless run on the weekend with a 2-1 victory over Wolfsburg. Their issue has not been scoring goals as they are the sixth highest scorers – the problems has been their defence. They have conceded 10 goals in their last three Bundesliga away games.

Going forward, Portuguese forward Andre Silva has seven goals this season and scored in their last match. He is priced at 15/8 to score anytime.

Last time these two met in the Bundesliga, they played out an entertaining 2-2 draw as a 91st minute penalty from Milot Rashica saved Bremen from another away loss. 30 booking points were brandished during the match and SkyBet are offering 11/10 for 50+ booking points.

– It’s tough to separate these two after their strong restarts to league action.