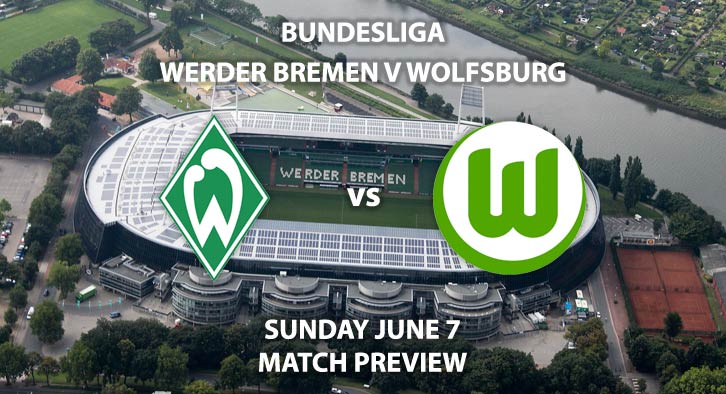 Both sides are battling at different ends of the Bundesliga table and still have plenty to play for. Werder Bremen’s thirty-nine-year tenure in Germany’s top-flight is threatening to come to an end as the club find themselves in the thick of a relegation battle. Bremen occupy 17th in the Bundesliga and find themselves two points from safety. In fairness their form since the Bundesliga’s return has been mixed, winning two and losing two of their five encounters since the leagues return.

Wolfsburg on the hand are battling to secure a place in next seasons Europa League. Oliver Glasner’s side are sixth, in the competitions play-off position with fierce competition from Hoffenheim who are level on points. Since the Bundesliga’s return Wolfsburg, similarly to Werder Bremen have won two and lost two of their encounters.

Wolfsburg are unbeaten in their last six away matches in all competitions winning four. SkyBet have priced them at 21/20 to come away with all three points on Sunday.

Bremen’s form generally this season has been poor, and their standing is no surprise considering they’ve won only six of their twenty-nine matches this season. Nine of Bremen’s last twelve home matches have ended in defeat.

The earlier meeting between these two sides came back in December and produced five goals. It was Bremen who came out on top with a 3-2 win, and a similar result this weekend could help kick-start their revival.

BTTS has landed in four of the last five meetings between these two sides, and SkyBet have priced it at 4/6 for this fixture.

Milos Veljkovic has been yellow carded in two of his last three Bundesliga appearances, including Wednesday night’s defeat to Eintracht Frankfurt. He is priced at 3/1 to be carded on SkyBet.

This match will be televised live on BT Sport 1, with kick-off scheduled for 12:30 BST on Sunday lunchtime.