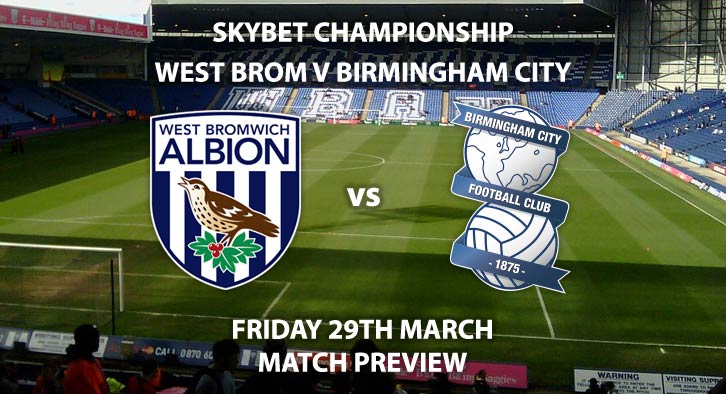 Both clubs have had a rest due to the international break however they have both suffered off the field setbacks. The home side are still searching for a new manger after the departure of Darren Moore at a critical part of the season. Meanwhile, Birmingham were handed a nine-point deduction from the EFL for breaching profitability and sustainability rules.

West Brom are favourites for this match and are priced at 4/5 to win by SkyBet. The Baggies are fortunate that they have two major goal threats in Jay Rodriguez and Dwight Gayle. Rodriguez has scored 18 goals this season and is the clubs top goal scorer. He is priced at 7/2 to score first. Only one of their last five matches have seen both teams score in a 1-1 draw with Ipswich. SkyBet are offering 2/1 for West Brom to win to nil.

Birmingham City are in need of points as they are now in a relegation battle due to the points deduction and are priced at 7/2 to win. Garry Monk’s job has just been put under a lot more pressure now they have dropped down to 18thin the league. They have been lucky that striker Che Adams has reached his full potential this season and has blown defences apart at times with his pace and strength up front. Adams is in the race for the golden boot with 21 goals this season and is priced at 2/1 to score anytime.

West Bromwich Albion vs Birmingham City will be televised on Sky Sports Football HD and kicks off at 20:00.

– The home side have more quality all over the field and are in good form.

Odds and markets last updated on Friday 29th March 2019 @16:10 GMT. Keep checking back to see if there’s any updates to markets – the time stamp in the previous sentence for when we update tips on this page will be updated.