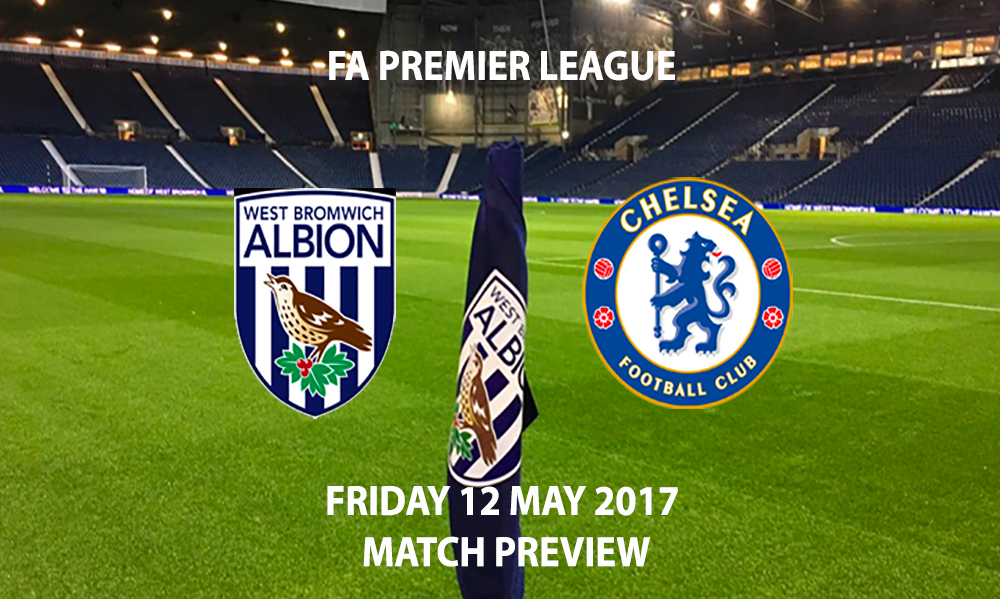 Chelsea are seeking to seal the Premier League title with victory over a stagnating West Brom at The Hawthorns.
Considering Spurs’ 1-0 defeat against rivals West Ham last Friday; Chelsea knew a victory over Middlesbrough on Sunday would take them a potential 90 minutes from glory and they did so by comfortably dispatching the North-East side 3-0. 7 points separate Chelsea from nearest rivals Spurs with just 3 matches remaining.

West Brom have also had an exemplary season by their own standards and currently find themselves in a lofty 8th position in the Premier League.Exactly how good their season has been can be described using recent form; The Baggies have only gained 5 points from the last possible 27, with just one victory and 6 losses in that period. Even more worryingly; Tony Pulis’ men have only scored in 2 of those 9 matches – highlighting a real issue in attack moving forward. 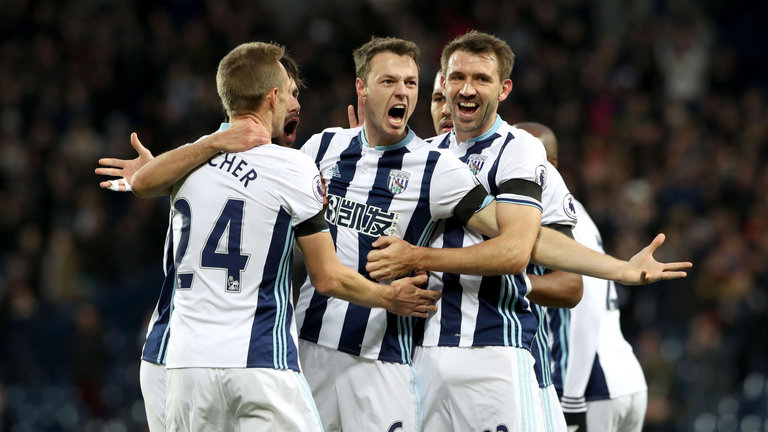 Key West Brom defender Johnny Evans was taken off in The Baggies’ 2-2 draw with Burnley last week with an ankle injury and looks as if he will be unavailable for the game.
Matt Phillips and Hal Robson-Kanu both have hamstring problems with the former ruled out and the Welsh international a doubt but likely to make the squad.

Chelsea have a fully fit squad to pick from as PFA and Football Writers’ Player of the Year N’Golo Kante is set to return to the side for Chelsea after missing the victory against Middlesbrough. This will provide a headache for Conte as Kante’s replacement, Cesc Fabregas, produced a man-of-the-match display in that game. 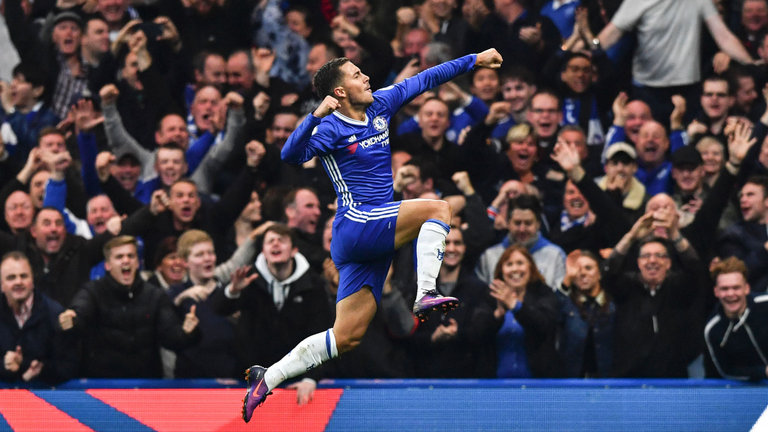 Eden Hazard has been pivotal in Chelsea’s charge for the title Photo Credit: skysports.com

Player to watch
After a dismal campaign last time around; Eden Hazard has been back to his usual dazzling displays and has 15 goals and a further 5 assists in the Premier League to his name this season. The Belgian winger has become revitalised under Conte and with his outrageous dribbling ability and ingenious creation, he has looked the division’s deadliest forward for large parts of the season – a performance of similar impact will see Chelsea surely win and be crowned Champions.

Summary
Chelsea are the overwhelming favourites and have scarcely slipped up all year – only 5 losses all season with 4 of them coming from rivals in the top 6 – and many expect it to be business as usual for The Blues with a full squad at peak momentum.
However; West Brom have won 3 of their last 5 against Chelsea at The Hawthorns and will want to provide a stern test to round off the season.
Additionally; Chelsea have not completed back-to-back victories against The Baggies in 10 attempts – a 1-0 victory in December providing an opportunity to stop that record continuing.

Should Chelsea go on to win this fixture; they would emerge as Premier League Champions for the 5th time, only Manchester United will have won more with 13 – solidifying The Blues as an English powerhouse.
By winning, Chelsea will have amassed 42 points away from home (the highest in the division) which has not been matched since Manchester United in 2011/12 (a year in which they did not win the title).