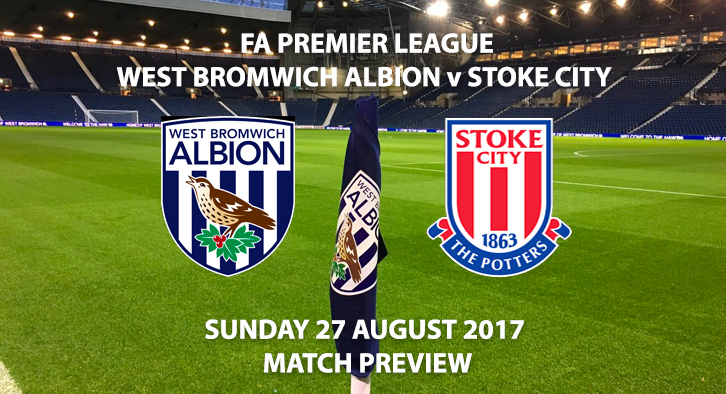 West Bromwich Albion vs Stoke City – Match Preview – Tony Pulis welcomes his old team to The Hawthorns as West Brom look to continue their perfect start to the season against a Stoke side buoyed from a wonderful victory over Arsenal last time out.

The Potters, now managed by Mark Hughes of course, lost their opening game 1-0 to Everton to a fairytale goal from returning hero Wayne Rooney.
However, Jese Rodriguez, following confirmation of his loan signing from PSG, conjured his own piece of magic with a dream debut strike to defeat Arsenal by the same score-line.

A totally different type of challenge awaits the Staffordshire team when they travel to West Brom, an increase on the astounding 22.7% possession they had in the game against Arsenal is practically guaranteed.

Pulis’ men have started the campaign in what must be described as typical Pulis fashion, two games, two 1-0 wins (with the goals coming from a set-piece and a long-ball) and a very happy manager. New signing Ahmed Hegazy scored the winner v Bournemouth and Welsh international Hal Robson-Kanu took his goal brilliantly to see off Burnley before being remarkably sent-off just a matter of minutes later.

Currently perennial mid-table teams, just a point separated West Brom in 10th and Stoke in 13th last campaign and both will want to push on from those finishes. However, in an increasingly competitive league it will be difficult to do so.

Expect a tight game with two well organised teams and the difference perhaps being a piece of magic from one of Stoke’s eternal mavericks (Shaqiri or Jese come to mind) or from yet another well-executed set-play from The Baggies.

Team News
Manchester City’s interest in Jonny Evans shows no signs of rescinding, but the Northern Ireland international could be set to make his first appearances of the season if he passes a late fitness test. Claudio Jacob is also expected to return. Robson-Kanu will be suspended after his red card against Burnley.

Stoke could welcome back Xherdan Shaqiri and his potential explosion of ingenuity into the forward line after missing out in the midweek League Cup match against Rochdale. 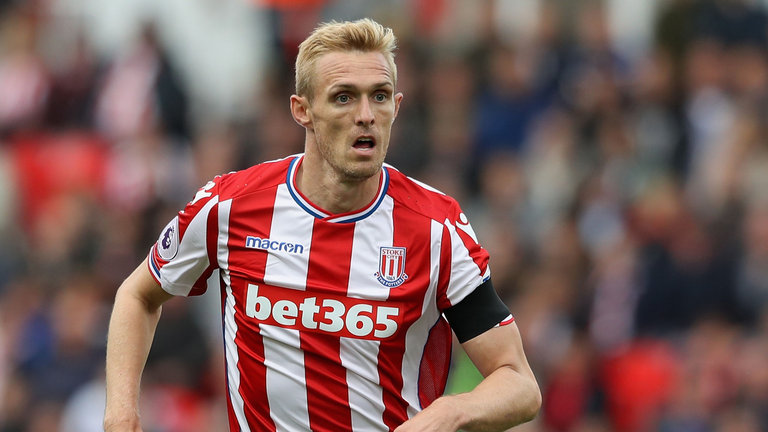 Player to Watch
Darren Fletcher made the switch from The Hawthorns to the bet365 this summer and is facing an almost immediate return. With a wealth of experience and proven ability at the top level, the 33-year-old was pivotal to Pulis’ midfield during his two years at the club. Now in the middle of the park for Stoke, alongside the vast experience, his exceptional reading of the game and tactical nous can only be an asset for Hughes’ team. Fletcher has won every club trophy in the game whilst at Manchester United and with over 300 Premier League appearances, shows no signs of slowing down just yet.