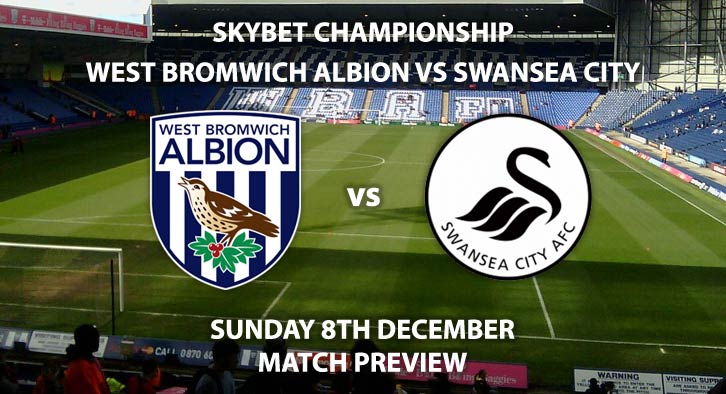 The hosts are in prime position to build a real case for automatic promotion and maybe even the league title. Slaven Bilic’s side are unbeaten in nine matches. Meanwhile, Swansea City are searching for their first win in four after a poor run of form as the play-off places are slowly slipping away from them.

West Bromwich Albion are priced at 8/13 to win the match by SkyBet and make it six victories on the bounce. The Baggies are flying high and look impossible to beat at the moment. Even when they don’t play well, they seem to not be able to lose any match. Welsh attacker Hal Robson-Kanu has really found his feet and shooting boots in recent weeks and has five league goals so far this season. He is priced at 7/2 to score first.

Swansea City are priced at 4/1 to win the match as they face yet another tough away side. The Swans can feel their play-off hopes slipping away as inconsistency seems to be creeping in with their young squad. They performed valiantly in their last match against Fulham but did not have the quality up front to finish their chances.

Attacker Andre Ayew has been a key figure for Steve Cooper’s side and has four goals with four assists. He is priced at 21/10 to score anytime.

The referee for this match will be Keith Stroud. The official has not been too flippant with his cards this season and has averaged 31 booking points from his ten second division matches in charge. SkyBet are offering 11/10 for 40+ booking points.

– The hosts will dominate possession and the tempo of the match along with having the inform strikers.