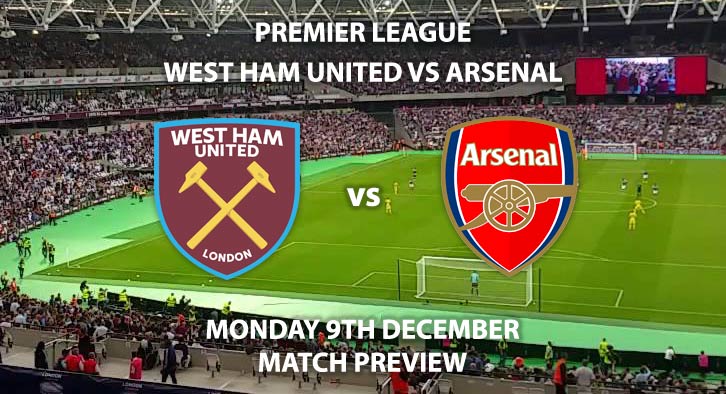 Arsenal travel to West Ham United in Premier League action this Monday night in a bid to turn their fortunes around.

The hosts are in torrid form, much like their opposition, with just one win from ten matches. Manager Manuel Pellegrini will be feeling the pressure but now is the best time to face Arsenal, with all of their own issues going on, on and off the pitch. Freddie Ljunberg is still searching for his first win as interim manager.

West Ham United are priced at 12/5 to win the match by SkyBet are climb away from the drop zone. The Hammers lost their previous outing against Wolves and despite having the same possession, could not create any meaningful chances. This has been a trend all season as they have struggled to supply striker Sebastian Haller with quality service.

The French striker has looked dangerous and is a physical presence up front. If he can find some space against this shaky Arsenal defence, he could cause problems. He is priced at 9/5 to score anytime.

Arsenal are priced at 19/20 to win the match and end their nine-match run without a victory. Where to start with Arsenal? In short, it has been woeful and the fans are tired after nine winless matches. Freddie Ljungberg is looking under qualified to deal with their toxic dressing room, board and fanbase and this Monday night could be another bad night for the club.

Striker Pierre-Emerick Aubameyang has ten goals this season in light of all the drama and will try to spur his side on to a win. He is priced at 13/5 to open the scoring.

The referee for this match will be Mike Dean. The official is renowned for not taking any nonsense and his statistics this season back that up. Dean has averaged 48.3 booking points from his 12 top-flight matches in the middle.

– It’s tough to split these two, with both of them in awful form.