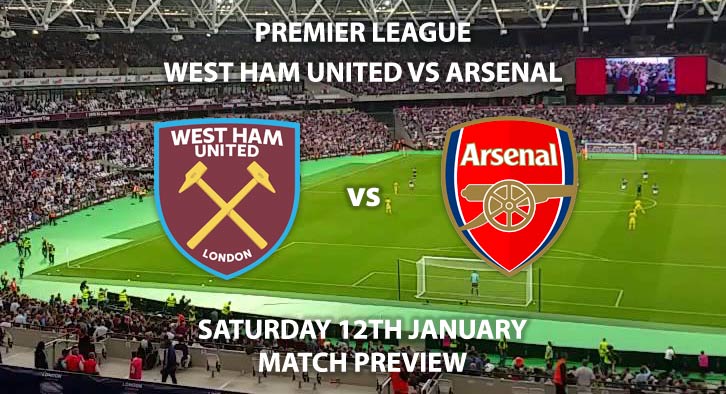 West Ham United vs Arsenal: Arsenal will be hoping to address their run of two wins in six league games when they travel to London rivals West Ham on Saturday.

The Gunners secured their passage to the fourth round of the FA Cup last time out, as they beat Blackpool 3-0. Unai Emery made mass changes for that fixture, allowing his more senior professionals a week’s rest. Last time out in the league, Arsenal won 4-1 against Fulham. Those three points mean Arsenal sit fifth in the Premier League table, three points behind Chelsea in fourth.

With Manchester United also breathing down their necks, three points in this game are a necessity. Emery finally has a full selection of defenders to choose from, with Laurent Koscielny, Hector Bellerin and Shkodran Mustafi all passed fit for this fixture. Arsenal haven’t kept a clean sheet in their last five league games, so they’ll be hoping that their newly fit defence can help address that run. West Ham sit 10th in the Premier League, 12 points ahead of danger. In truth, Manuel Pellegrini’s men have little to play for – they’re not going down and they aren’t going to break into the top six. Their best hopes are to finish seventh and have a strong run in the FA Cup.

Their form has been mixed of late, they’ve won three, lost two and drawn one of their last six league outings. West Ham’s form at home has been good this season, they’ve only lost one of their last five at the London Stadium, in all competitions. The Hammers fought off interest in Marko Arnautovic, who was subject of a £35m bid from China. Their prized talisman has scored nine goals in 22 appearances this season, including three in his last two.

Jonathan Moss is the referee for this fixture. The Englishman has officiated 12 top-flight matches this season. In that time, he has accumulated an average booking points total of 40.8.

Therefore, I would advise a maximum of 60+ total points for this fixture. Arsenal have looked shaky in defence all season and come up against a West Ham side capable of scoring goals. I think this one might end in a draw, much to Emery’s frustration.

West Ham United vs Arsenal will be televised live in the UK on Sky Sports Premier League with Kick off at 12:30 GMT.