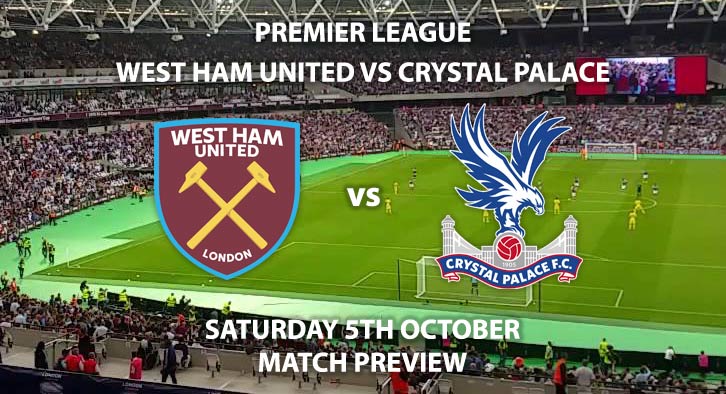 West Ham United return to the London Stadium this weekend as they face Crystal Palace in the Premier League on Saturday evening.

The Hammers come into this weekends fixture in 5th place following an impressive six match unbeaten run, which includes the recent win over Manchester United. Their opponents Crystal Palace too find themselves on a positive run of form, losing once in their last five PL encounters. Roy Hodgson’s side currently find themselves 9th in the league table.

Additionally, West Ham boast an impressive unbeaten record against this weekend’s opponents. The Hammers are currently unbeaten in their last eight Premier League fixtures against Palace, their last defeat in this fixture coming in February of 2015.

West Ham’s defensive performances have been impressive thus far this campaign. The Hammers have registered three clean sheets in seven PL matches this season, giving them the joint best defensive record in the league so far. In comparison to last season, it took West Ham until the 15th of December for them to record their third clean sheet of the campaign, and this season they have done so by October. This just shows the progression Mauricio Pellegrino’s side have made. SkyBet are offering odds of 7/4 for West Ham to keep a clean sheet this weekend.

The man in the middle for this encounter is Michael Oliver. The 34-year old has taken charge of eight matches across three different competitions this season, and has awarded 33 yellow cards in the process, as well as one red card which came in a Europa League qualifier. This considered, I would suggest a minimum of 30+ booking points for this fixture.

I’m fully expecting West Ham to extend their unbeaten run and claim all three points in this one. Defensive they have looked strong, and their record this season justifies that. The Hammers have shown that their source of goals can come from anyone on the pitch they don’t just rely on the forwards for goals. West Ham could be in for an exciting season if they continue their positive start to the season.

This match will be shown live on Sky Sports Main Event on Saturday evening, with kick off scheduled to take place at 17:30 BST.