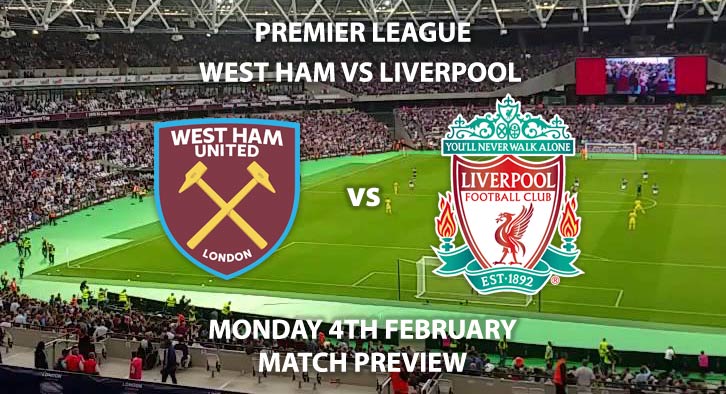 West Ham United vs Liverpool: Liverpool will be hoping to extend their lead at the top of the Premier League table when they travel to the Olympic Stadium on Monday night to face West Ham.

Liverpool missed the opportunity to move seven points clear of Manchester City after a 1-1 draw with Leicester. Jurgen Klopp’s side weren’t quite at the races and the Foxes came away with a well-earned point. Despite dropping points, the Reds ultimately extended their margin of error over City to five points, which is still a significant gap. With the Champions League due to recommence in the next few weeks, it will be interesting to see how Klopp manages his squad in both competitions. Liverpool haven’t added to their squad in this window, having spent strongly in the summer. That shows Klopp has the belief this crop of players can carry them to domestic glory.

West Ham have had a very tough week, having lost 4-2 to Wimbledon in the FA Cup and 3-0 to Wolves in midweek. Manuel Pelligrini’s side could do with a pick-me-up and an improved performance after three straight defeats. Their last home game was a 1-0 win over Arsenal and they’ll need a similar level of performance to get a strong result in this game. The Hammers will be without Marco Arnautovic, who has signed a new deal with the club after looking set to move to China. Although he’ll miss fixture, keeping the Austrian forward is a major boost to West Ham’s hopes of a strong end to the season.

Kevin Friend is the referee for this fixture. The Englishman has officiated 12 top-flight matches this season. In that time, he has accumulated an average booking points total of 40.4. Therefore, I would advise a maximum of 60+ total points for this fixture.

West Ham will be hoping to raise their performance levels after a tough run of results. On the other hand, Liverpool will be desperate to get back to winning ways after a minor blip on Wednesday. I think the Reds will shade this one, although it won’t be straight forward.

West Ham United vs Liverpool will be televised live in the UK on Sky Sports Premier League with kick off at 20:00.

Odds and markets last updated on Monday 4th February @16:40 GMT. Keep checking back to see if there’s any updates to markets – the time stamp in the previous sentence for when we update tips on this page will be updated.

Remember to keep visiting the tips and preview area for further updates and betting previews around the domestic action this week.