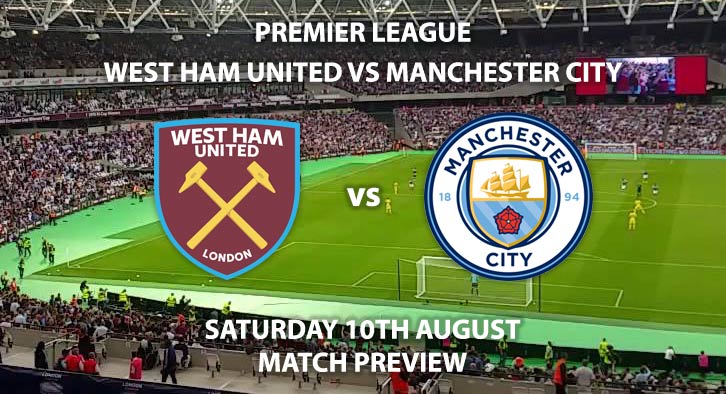 Pep Guardiola’s side begin their push for a third-straight Premier League title. They would be the first club to win the trophy three times in arrow since Manchester United between 2006-2009.

City are still the team to beat and have only made their squad stronger over the summer. The additions of Rodri, Joao Cancelo and Angelino are big upgrades to the team, with all three in line to potentially make their Premier League debuts. The City faithful got a glimpse of their new Spanish recruit last weekend in the Community shield and he impressed in the holding midfield role.

Guardiola named a strong side to face Liverpool last weekend and they won the trophy on penalties. Leroy Sane, strongly linked with a move to Bayern Munich, was forced off injured early on and may miss this game as a result. Gabriel Jesus impressed in pre-season so don’t be surprised to see him start down the middle instead of Sergio Aguero, with Bernardo Silva and Raheem Sterling on the flanks.

West Ham are looking fresh ahead of the new season. Sebastian Haller and Pablo Fornals are exciting big-money additions, with the latter tipped to be the ‘bargain of the season’ at £20m. Haller has big shoes to fill following Marko Arnautovic’s departure, but the £45m Frenchman will be confident of stepping up to the plate.

The Hammers will be aiming to push for a top-six finish alongside the likes of Everton, Wolves and Leicester City. There are still concerns over their defence, which conceded 55 goals last season. Still, they have reason to hope for an improvement on their 10th place finish.

Manchester City looked good last weekend and are still the team to be beaten but I like the look of West Ham, especially going forward. I’m keen to see Fornals and Haller in action and I reckon they could cause City some issues. Still, I’m going for a narrow away win.

West Ham United vs Manchester City will be televised live in the UK on BT Sport 1 with kick off at 12:30 BST.