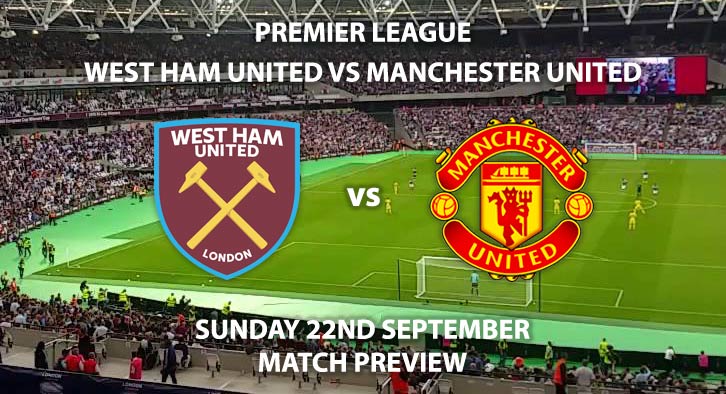 West Ham United return to home soil as they host Manchester United in the Premier League on Sunday afternoon.

The Hammers come into the weekends fixture unbeaten in their last four Premier League fixtures, with their only league defeat coming at the hands of the defending champions Manchester City on matchday one. Their opponents Manchester United are too on a positive run of form, losing once in their opening five fixtures so far this season.

Manchester United will be hoping they don’t suffer any type of midweek European hangover prior to this fixture. The Red Devils face Astana from Kazakhstan in their opening group match in the Europa League, and manager Ole Gunnar Solsjkaer will be expecting his side to deal with the load of fixtures in the best way possible.

United’s summer signing Daniel James has really hit the ground running since joining the Red Devils. The Wales international who signed from Swansea has impressed with his direct approach and has scored three times so far this season. James made 38 appearances for Swansea last season, scoring five times; another two this season would match his tally of last seasons goal total. Daniel James to score this Sunday is priced at 11/4 on SkyBet.

I expect a tight fixture between these two sides, and I cannot see too much between them as a result. Both sides have started the season well, however Manchester United Have struggled on the road so far, failing to win in either game, and I don’t see that changing this weekend.   I believe both sides will strike in a scored draw.

The man in charge for this fixture is Anthony Taylor. Fresh from the midweek Champions League clash between PSG and Real Madrid, Taylor is back in action this weekend. The 40-year old has officiated seven matches so far this season, awarding a total of 35 yellow cards; with an average of 5 yellow cards per match. As a result, I would recommend a minimum of 30+ booking points for this fixture.

This match will be shown live on Sky Sports Premier League with kick off scheduled to take place at 14:00 BST.