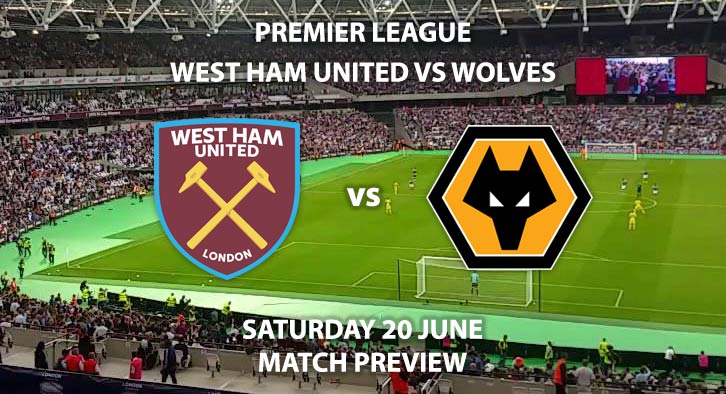 Prior to the Premier League’s stoppage, West Ham found themselves well and truly in the thick of a relegation battle, with only two points separating the Hammers and the dreaded drop zone. David Moyes’ side had won one of nine matches in the league, losing six and drawing the other two. Their last win came at the end of February when they beat Southampton 3-1.

Wolves on the other hand are aiming to go one better than last season where they secured Europe League football in their first season back in the Premier League for seven years. Nuno Espirito Santo’s side find themselves 6th, and 5 points off Chelsea who occupy 4th place. Wolves were unbeaten in five before the leagues stoppage.

Anthony Taylor is the man in the middle for this one. The 41-year old has appeared 24 times in the Premier League this season, accumulating a total of 102 yellow cards and 5 red cards. This averages at just over four yellow cards per game.

West Ham’s Aaron Cresswell has been yellow carded in two of his last three appearances against Wolves in the Premier League and is priced at 9/4 on SkyBet to be booked in this one.

This match will be televised live on Sky Sports Main Event/Premier League with kick-off scheduled to take place at 17:30.