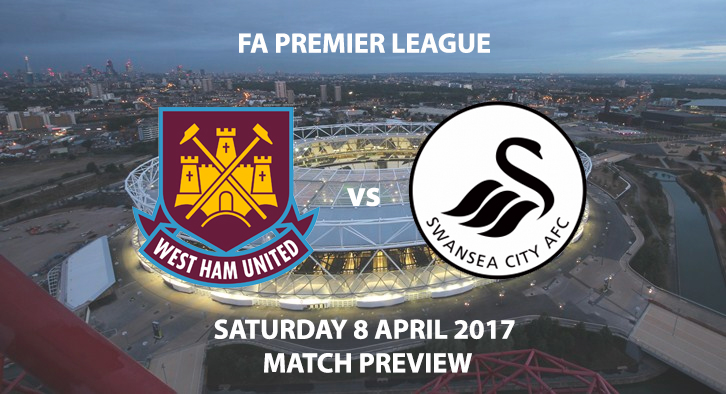 At the beginning of the season there wouldn’t have been a few billing this game as a massive one – but that is exactly what West Ham v Swansea is.

The battle to avoid relegation is incredibly tight; with West Ham being dragged into it over the past month.

Just 5 points separate relegation-zone Swansea who lie in 18th place on 28 points and West Ham in 15th place on 33 points. In the wider context of the league table, there are only 9 points between Southampton who are in 9th and the Swans.

Both teams are in woeful form; after the initial resurgence in reaction to the appointment of Paul Clement, Swansea have lost at relegation rivals Hull and Bournemouth whilst drawing with Middlesbrough and losing again to Spurs in heart-breaking fashion at home.

Pair that with West Ham’s 5 consecutive losses – their worst run since 2010/11 in a season that they were relegated – and the end product is a match where both teams desperately need the win.

West Ham manager, Slaven Billic has felt the pressure as a result of this form – forcing the owners of the club to publicly give their vote of confidence to the Croatian manager. 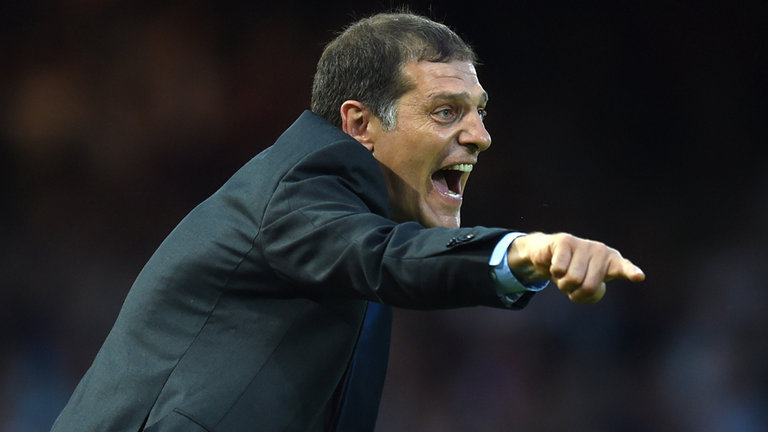 West Ham Manager, Slaven Bilic is feeling the pressure at the Olympic Stadium

Both Crystal Palace and Hull will be playing away to Arsenal and Manchester City respectively bringing an opportunity for both sides in todays match preview to either gain ground or pull away from their relegation rivals.

Both teams will be looking to avenge this fixture where the Swans claimed a huge scalp in a surprise 4-1 victory in the penultimate game from last season at The Boleyn Ground and in the reverse fixture this season, The Irons tore Swansea apart at The Liberty Stadium by the same score-line on Boxing Day.

West Ham’s star men Michael Antonio and Andy Carroll are both set to return to the squad despite leaving the pitch injured and ill respectively in the Hammers last game which ended in a 3-0 defeat against Arsenal. 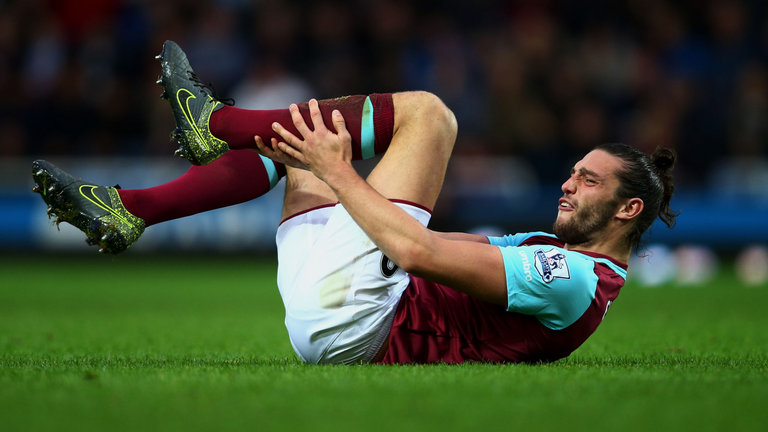 The Irons will be hoping to have Carroll fit again. Photo: Sky Sports News

However, the Hammers will be without key defenders Aaron Cresswell and Winston Reid for the vital clash. Angelo Ogbonna and Pedro Obiang are both also ruled out.

Swansea City also have injury concerns. Mainly whether top scorer and leading frontman Fernando Llorente will be passed fit, which is 50/50 at the moment. Swansea have only recorded a solitary point in the games where he has not featured (including and since going off injured in the first half against Hull).

Kyle Naughton also looks set to miss out after obtaining a hamstring injury in the defeat against Spurs on Wednesday night – which could see makeshift right back Leroy Fer deployed there again due to Angel Rangel’s long-term injury.

Lukasz Fabianski will be subject to a late fitness test after the injury he also picked up at the Liberty on Wednesday; but refused to be substituted for which he might have aggravated any knock further.

As mentioned above, West Ham’s two best players are the returning Antonio and Carroll. The former’s unpredictability of movement and dribbling causes defensive instability and is The Hammers’ top scorer this season with 9 goals and an additional three assists.

Carroll has been his usual destructive self when fit this campaign; with an impressive return of 7 goals from just 14 starts (and three substitute appearances). He offers more than just his infamous aerial prowess – proven by his phenomenal scissor kick this season against fellow relegation strugglers Crystal Palace. Buoyed by a fantastic record against the Swans – five goals and three assists in six Premier League appearances. Expect the English bulldozer to have a say come game-time.

The Swans have a much stronger chance of winning when star man Gylfi Sigurdsson is on form – the Iceland international has a sensational output of 9 goals and 11 assists in the Premier League this season. Only Emil Forsberg of RB Leipzig has more assists than the attacking midfielder in Europe’s top five leagues; setting up more goals than players such as Ronaldo, Messi, Griezmann, Bale, Neymar and more.

A lot will rest on Fernando Llorente’s fitness for the South Welsh side; undoubtedly a different prospect as a team when the World Cup winning striker is leading the line. Clement’s outfit deliver a lot of balls into the box and need an outlet who can get on the end of those crosses or effectively play with his back to goal. 11 goals in his first season in England is an extremely respectable tally and Swansea fans will be hoping his return to the side can also signify a return to being amongst the goals.

West Ham have only won once in their last six home Premier League matches and Swansea have lost their last four consecutive four away games (never lost five in a row in the PL) – and with both defences unable to hold out for a victory at present – the value punt could well be with a 1-1 draw.