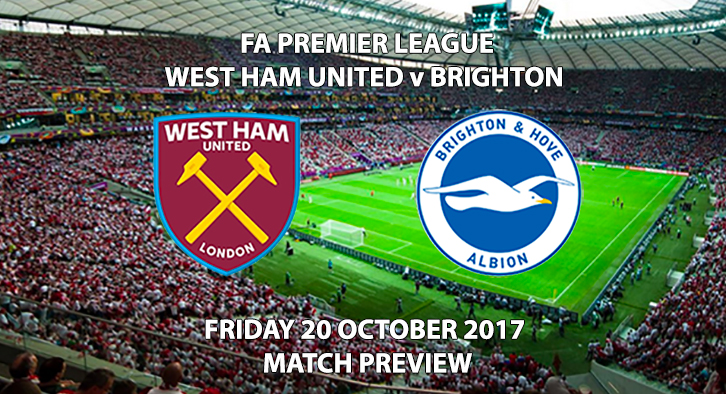 West Ham vs Brighton – Match Preview – West Ham host Brighton searching for their third home win of the season in four games. Brighton take the trip to the London Stadium looking for their first away win in the Premier League.

After a disappointing start to the season, West Ham appear to have turned a corner. After no wins in their first four league and cup games, the Hammers now find themselves with just one loss in six games. Slaven Bilic’s side have started picking up points away from home, and have won two of their three home games so far this season. Last time out, it took a late Chris Wood equaliser to deny them all three points against Burnley, despite playing most of that game with ten men following Andy Carroll’s dismissal. 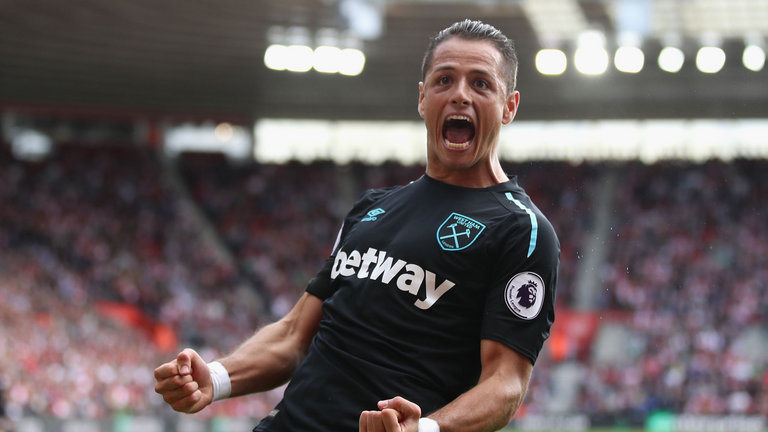 Hernandez will be the main target for West Ham with Andy Carroll’s suspension Photo Credit: skysports.com

With that red card, Carroll will be missing for Friday night’s game. His absence opens the door for Javier Hernandez to start in a more central role. The Mexican has managed just three goals since his move from Bayer Leverkusen in the summer but has been restricted to a more unnatural wide role. Without Carroll, Hernandez will get his chance down the middle and if West Ham can give him the service, there are few better finishers in the Premier League.

Brighton were denied a third league win of the season by a 90th minute Wayne Rooney penalty at the weekend, leaving them in 14th place. The Seagulls have picked up one point away from home this season and need to improve if they are to secure a second consecutive season in the top flight. They currently find themselves in a bundle of five teams all sat on eight points, meaning a win could catapult them up to ninth place.

Knockeart scored in the 1-1 draw to Everton in the last game Photo Credit: skysports.com

Whilst it’s been a solid start for Chris Hughton’s men, there is scope for improvement. Defensively they have performed well, conceding only ten goals so far but offensively they need to improve. Brighton have only managed six league goals and have only scored more than one goal in a game once this campaign. Winger Anthony Knockeart scored in the 1-1 draw to Everton but needs to contribute more to the Seagulls.

The last time these two teams met was back in the Championship in 2012. That season the Hammers did the double over Brighton including winning 6-0 at home. The Seagulls last win against West Ham was in 2004, where they secured a 1-0 win at Upton Park. Given West Ham’s recent form at home, I fancy them to get the win. Even without Andy Carroll, they should have enough in reserve to beat a Brighton team that don’t travel well.

SKYBET: HERNANDEZ AND ANTONIO TO BOTH SCORE- 13/2

SKYBET: BTTS AND BRIGHTON TO WIN- 9/1

SKYBET: MANUEL LANZINI TO SCORE FROM OUTSIDE THE AREA – 18/1