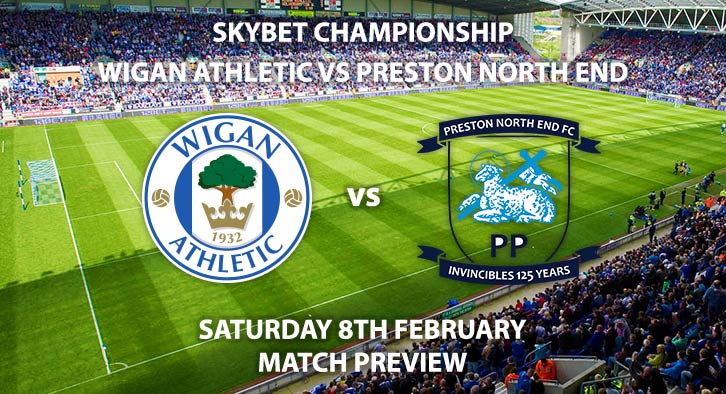 Both Lancashire based teams have had rather different campaign up until now. Wigan are deep in a relegation battle with just seven wins from their 30 matches this season but have found some impressive form with an incredible victory over Leeds United in their last match. Meanwhile, Preston are battling it out for a play-off place and are currently seventh in the league and are unbeaten in four outings.

Wigan Athletic are priced at 13/8 to win this match by SkyBet despite their dismal league position. The Latics have pulled themselves together after a poor first half of the season and managed their best win of the campaign last time out, beating Leeds 1-0. However, they have not won three consecutive matches since March 2018 and were under plenty of pressure for much of their match with Leeds.

Striker Kieffer Moore is finding his feet in a Wigan shirt after some time and the target man is priced at 11/5 to score anytime.

Preston North End are also priced at 13/8 to win this match as the bookmakers predict it a tough match to call. The visitors will be hoping to return to winning ways after a frustrating draw with Swansea City. They are unbeaten in four and have much more quality all over the pitch against this Wigan side.

New signing Scott Sinclair opened his account in their last match and is priced at 11/2 to score first and keep that momentum going.

The referee for this match will be Darren England. The official has been one of the more lenient this season when it comes to brandishing cards. He has an average of 32.1 booking points from his 14 second division matches this term.

The match will be televised on Sky Sports Football HD and kicks off at 12:30pm.

– Despite their good form, Preston are much higher up in the table for a reason.