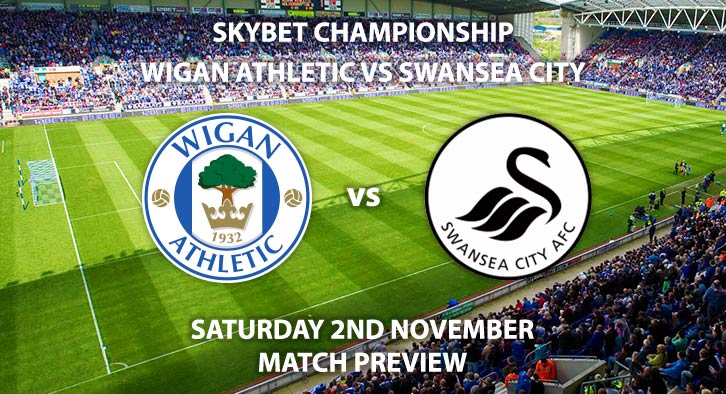 Wigan Athletic return to the DW Stadium this weekend as they host Swansea City in the SkyBet Championship on Saturday lunchtime.

Paul Cook’s side currently sit 18th in the Championship, following their spirited 2-2 draw to promotion candidates Bristol City. The Latics led until the 86th minute but weren’t able to hold on for the three points. Paul Cook’s side had the lion’s share of the play, registering 20 shots in the match.

Their opponents Swansea currently find themselves in the thick of the play-off places in 4th, and only 2 points off leaders WBA.

Sunday’s South Wales Derby triumph against bitter rivals Cardiff gave them bragging rights all across Wales and takes their recent form to only two defeats in their last seven. Sunday’s clash between the two was their first meeting in five-and a half years.

Paul Cook’s Wigan side have won one of their last four, which was the home victory over leaders at the time Nottingham Forest. Wigan boast an unbeaten home record so far (W3 D1), and just like last season, their home form may be pivotal in their battle for survival.

2016 Swansea summer signing Borja Bastón endured a frustrating opening to his Swans career and was shipped out on loan twice back to his native country, Spain. Fast forward to 2019, at one stage he’s the Championship top scorer, with Swansea top of the league. Bastón will be eager to get back in the goals, and add to his six so far this season, the Spaniard hasn’t netted in over a month, since the 28th of September.

Both matches between the two resulted in two draws, with nothing to choose between either side. Swansea boast the prouder record in recent years and are unbeaten in their last six matches. Wigan’s last win over Swansea came in 2010 in the league cup, and you’ll have to rewind all the way back to 2001 for their last league win over this weekend’s opponents.

The referee for this weekend’s clash is Peter Banks. The Englishman has accumulated a total of 25 yellow cards in 5 Championship matches, and has also taken charge of two PL matches, awarding nine yellow cards. This is the first time this season Banks has officiated a match concerning either of these two sides.

This game will be broadcast live on Sky Sports Football with kick off scheduled for 12:30 BST