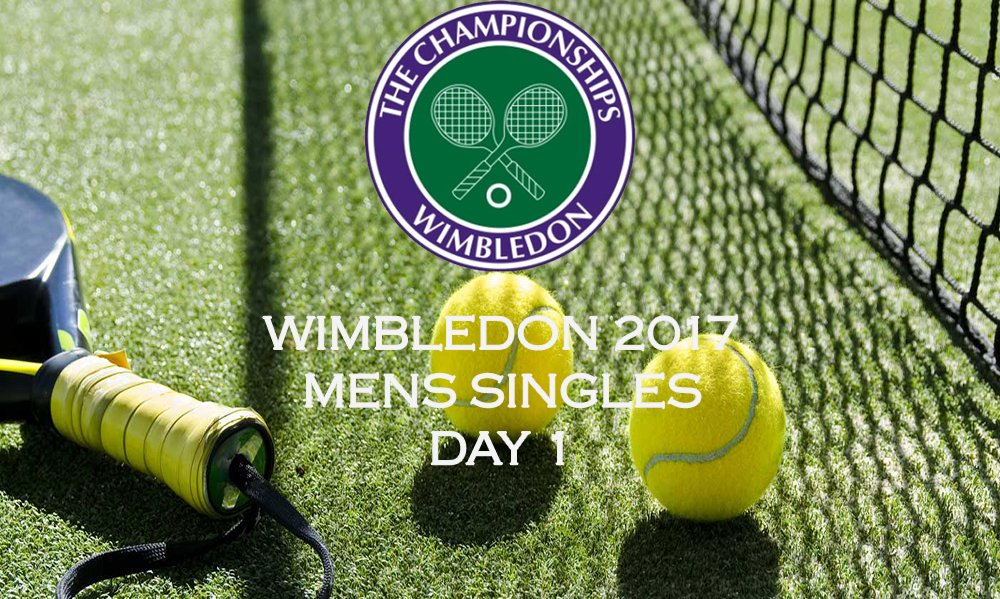 Wimbledon Day 1 – Men’s Preview – Wimbledon begins service with reigning Wimbledon champion Andy Murray, as he begins the defence of his title. The Scot will be hoping to regurgitate the form that saw him come away with the trophy last year, as he looks for his third Wimbledon triumph.

Here is a breakdown of all the key action to come on Wimbledon opening day.

The world number one takes on new comer Bublik in the round of 128, with very few predicting anything other than a win. Bublik who only turned professional three years ago, is making his first appearance in the main Wimbledon draw.

Anything other than a win for Murray would be catastrophic, despite his less than convincing recent form. The Scot’s undoubted class should shine through here, and with speculation regarding Murray’s fitness rumbling on, he’ll want the game done and dusted as quickly as possible.

SKYBET: MURRAY TO WIN AND NOT HAVE HIS SERVE BROKEN- 11/8

Nadal takes on Australian Millman in the first round of Wimbledon, hoping to avoid an early exit. Millman, who was knocked out in the third round of last year’s competition by Andy Murray, comes in to the game as a huge underdog.

He could have hardly wished for a tougher draw. Nadal is in scintillating form, having picked up another French Open title, along with the Madrid Open. With Nadal in such breath-taking form, his eyes will be firmly set on winning his first London title since 2012.

World number three Wawrinka kicks off his Wimbledon campaign against the Russian Medvedev. The Swiss comes in to the game as huge favourite, having not gone out of a grand slam in the first round, since the French Open in 2014.

In stark contrast, his opponent has never made it past the second round of a grand slam in his career. Whilst Wawrinka isn’t renowned for his performances on grass, he should still have more than enough to see of Medvedev.