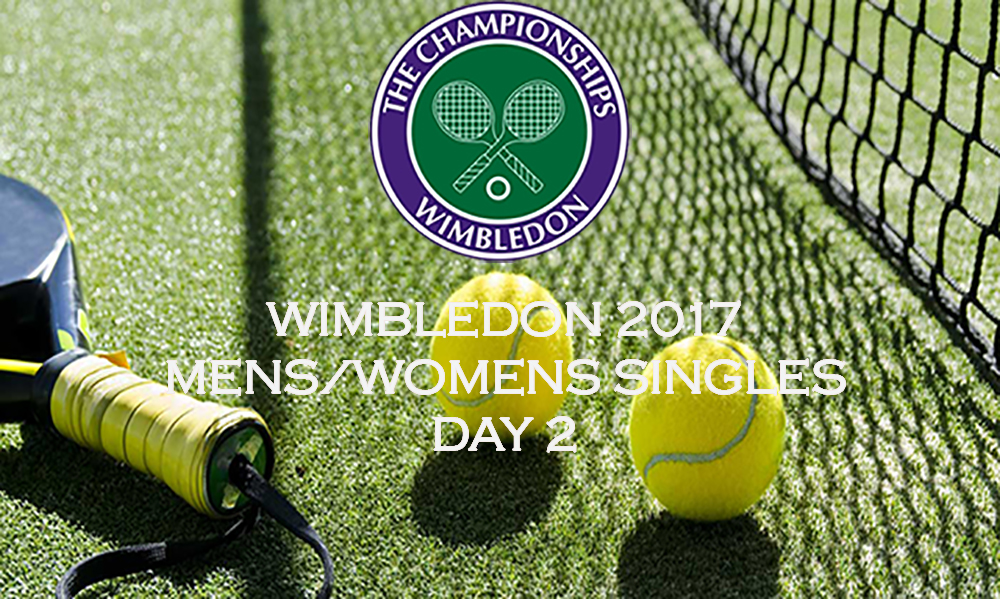 Wimbledon Day 2 – Single’s Preview – Day two of Wimbledon sees bookies favourite Rodger Federer in action. The Swiss will be looking to secure his eighth London title, in what is guaranteed to be a fascinating competition.

Here is a breakdown of all the key action on day two of Wimbledon.

Now the world number five, Federer is preparing another launch to be Wimbledon champion. Now at the tender age of 35, Federer has shown his commitment to securing another title, after not taking part in the French Open or Queen’s club.

His opponent Dolgopolov has yet to beat Federer in their three previous meetings, the last coming in 2016. The Ukrainian hasn’t even won a set against the former world number one and there appears to be only one winner when the two meet again today.

Despite having won three of the last six Wimbledon titles, very few are expecting the Serb to come out on top again this year. Djokovic hasn’t been in the best form, and has lost his world number one spot having previously held an 8,035-point lead over second place. He was beaten in the third round of last year’s tournament by Sam Querrey, but will be determined to give a better showing of himself this time around.

Klizan is ranked 47th in the world and met Djokovic this year in Mexico, losing out 6-3,7-6(4). The second set of this game underlined the sketchy form Djokovic finds himself in, and if Klizan is ever going to beat him, now might be the time.

World number one Kerber will be looking for her first ever Wimbledon title. The German was beaten in straight sets in last year’s final, but will be hoping to go one step further this time around. Kerber hasn’t had the best of starts to 2017, going out in the fourth round of the Australian Open and the first round of the French Open.

Her opponent Falconi has never won a grand slam and has never made it past the first round of Wimbledon in her career. This game should be straight forward for Kerber as she looks to put the disappointment of the Roland-Garros behind her.