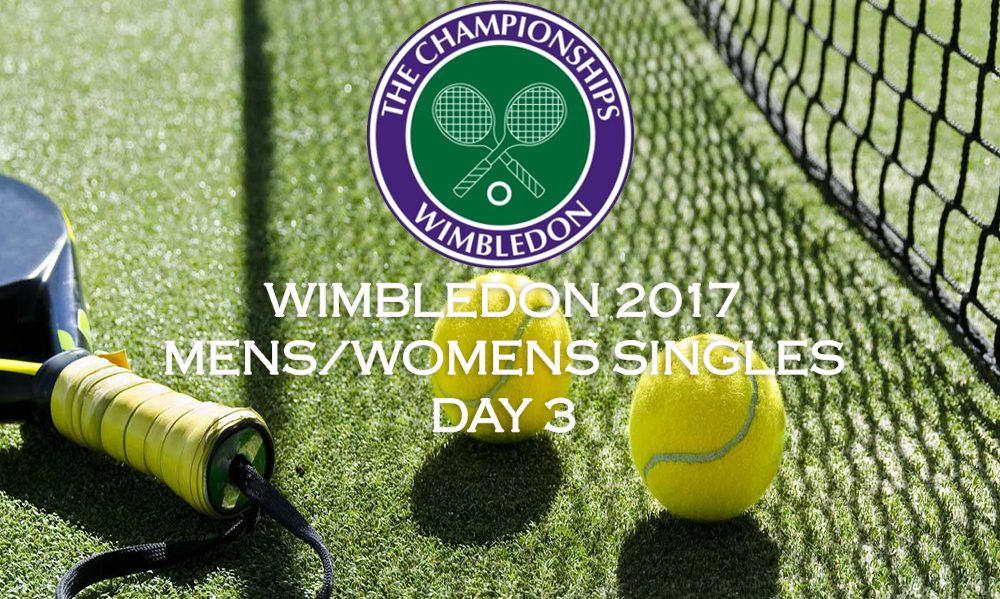 Wimbledon Day 3 – Single’s Preview – Day three sees both Andy Murray and Rafael Nadal return to action, after both came through their first-round ties unscathed. Day One however saw the first major casualty of the competition, with world number three Stan Wawrinka beaten in four sets by Russian Daniil Medvedev.

here’s a look at the best action to come from Wimbledon on day three.

Reigning champion Murray soared through his first-round clash with Alexandr Bublik in straight sets. The Scot defeated his Russian counterpart 6-1, 6-4, 6-2 to seal a place in the second round.

His opponent Brown came through his tie with Joao Sousa in four sets, eventually winning 3-6,7-6 ,6-4, 6-4. The German is looking to reach the first round for only the third time in his Wimbledon career, and went out at this stage of the competition last year.

Murray gave a convincing performance, albeit against inferior opposition, brushing away any doubts about his fitness and recent performances. He looks at home on Wimbledon’s grass courts, and anything but progression to the third round would be a major shock.

Similar to Murray, Nadal raced through his opening match, winning in straight sets, 6-1, 6-3, 6-2. As expected the Spaniard dispatched of Millman with ease, again underlining his current scintillating form.

Despite losing the first set, Young came back to beat Denis Istomin in four sets, recovering to win 5-7, 6-4, 6-4, 4-2. At 4-2 in the fourth set Istomin retired, paving the way for Young to play the world number two.

Young has only made it past the first round on one previous occasion, last year. Given Nadal’s irrepressible momentum, it’s difficult to envisage the world number 43 to find himself in the third-round draw.

In the absence of her sister Serena, Venus Williams is hoping to fly the family flag in to the third round of Wimbledon. She strolled in to the second-round having beat Elise Mertens in straight sets, 7-6, 6-4.

Like her opponent, Qiang beat Chang Kai-Chen in straight sets, coming out on top 6-3, 6-4. She finds herself in the second round for the first time in her career, having never made it past the first round previously.

Having reached the semi-final of last year’s competition, Williams will be hoping to win her first Wimbledon title since 2008. The world number 11 finds herself in good form, having recently finished second in the Australian Open earlier in the year.