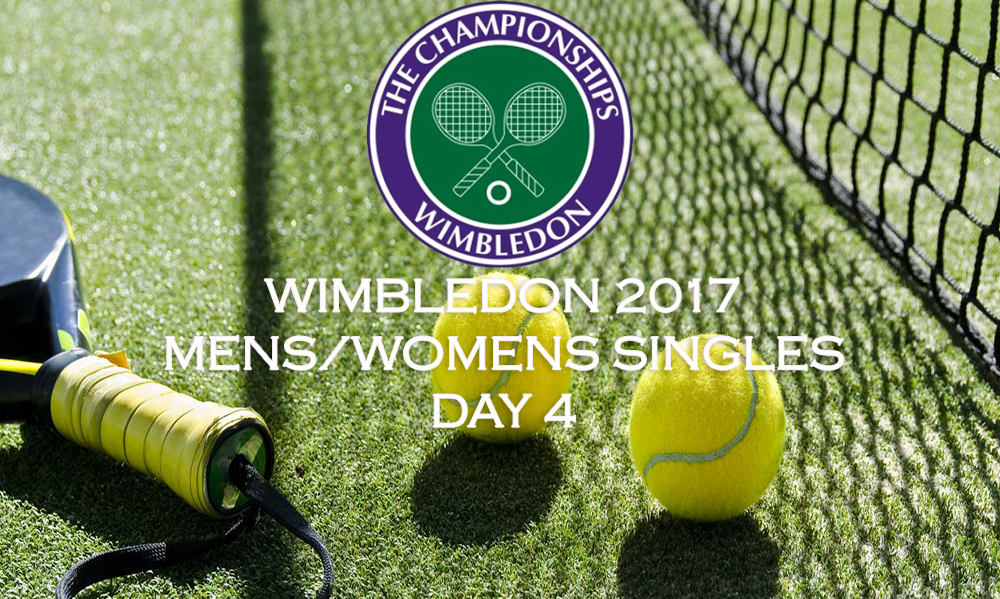 Wimbledon Day 4 – Single’s Preview – Novak Djokovic and Rodger Federer are back in action as they look to seal their passage in to the third round of Wimbledon. Both are bound to be in for a tougher game than their previous, as both of their opponents were forced to retire through injury.

Here’s a look at what’s in store on day four of Wimbledon.

Just a set up in to his opening game, Federer found his first-round tie brought to an abrupt halt. After convincingly taking the first set 6-0, and comfortably leading the second set 3-0, his opponent Alexandr Dolgopolov retired with an ankle injury.

Lajovic is bound to provide a much sterner test, by just managing to complete the full game. The Serb came through his first-round match again Stefanos Tsitsipas in straight sets, winning 6-4, 6-4, 6-4. In what is only his fourth ever Wimbledon tournament, Lajovic has reached the second round for only the second time, and has never made it to the third.

Like Federer, Djokovic was only briefly in action on day two of Wimbledon. His opponent Martin Klizan was forced to retire, with Djokovic in cruise control, leading 6-3, 2-0. A calf injury that was visibly restricting the Slovakian was just too much for him to shake off, and Djokovic sailed through to the second round.

Pavlasek’s journey to the second-round was a little tougher than his Serbian counterpart. The Czech came from a set down to beat American E Escobedo 6-7, 6-1, 6-3, 6-1. Having only turned professional in 2012, this is his first ever Wimbledon campaign, so he’ll have very little to lose as underdog for this game.

World number six Raonic had to endure a tougher than expected game in the first round. The Canadian defeated Jan-Lennard Struff 7-6, 6-2, 7-2, to secure his place in the second-round of Wimbledon.

Youzny himself defeated Nicolas Mahut in straight sets, coming out 6-2, 7-5, 6-4 winner. The Russian finds himself in the second-round of the competition for the first time in his career.

After reaching the final last year, it would be a major shock to see Raonic crash out so early, and I expect to see him in the draw for the third-round.