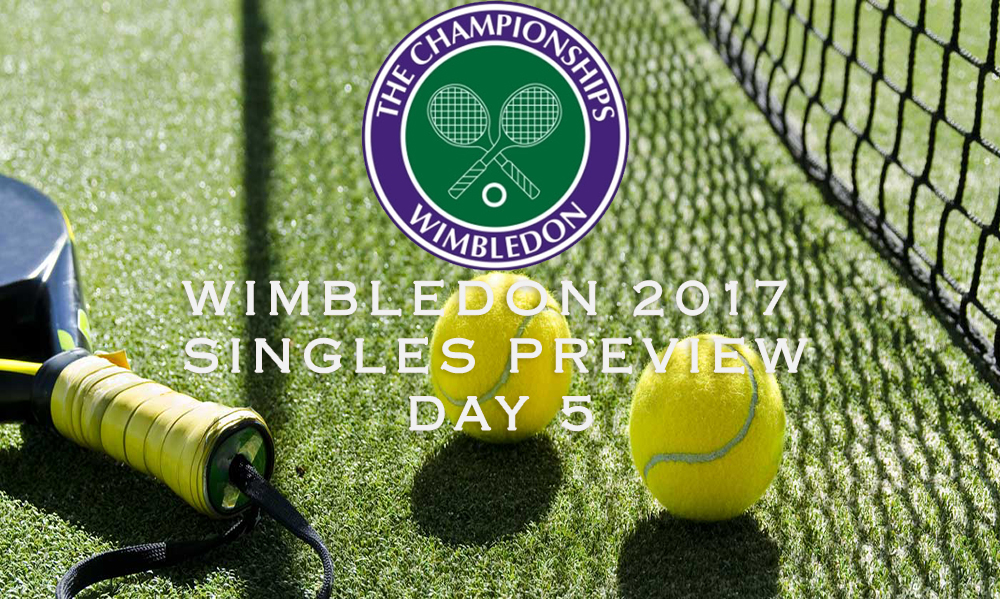 Wimbledon Day 5 – Single’s Preview – Day five of Wimbledon sees the beginning of the third round of games, as things start to heat up. Both Rafael Nadal and Andy Murray are in action, both knowing that one slip up could cost them a shot at the championship.

Despite coming in to Wimbledon in sketchy form, Murray has blown away the cobwebs and looks reinvigorated. The world number one avoided what could have been a potential banana skin by beating Dustin Brown in the second-round. The German found himself on the receiving end of a Murray masterclass, with the Scot coming out on top 6-3, 6-2, 6-2.

Fognini himself came out of his second-round match with victory in straight sets, beating Jiri Vesely 7-6, 6-4, 6-2. The Italian is number 28 in the world, and has made the third round of the competition for the second time in his career.

Nadal found his second-round date with Daniel Young a formality, as he came out winner in straight sets, 6-4, 6-4, 7-5. The Spaniard is yet to lose a set at Wimbledon this year, and he’ll be hoping another whitewash is on the cards in round-three.

By contrast Khachanov had to come back from a set behind to win his second-round game. He eventually came out 3-6, 7-6, 7-6, 7-5 winner over Thiago Monteiro. The Brazilian proved to be a tough match for the world number 34, and no doubt Nadal will prove even harder.

Having reached the quarter-finals of last year’s competition, it is no surprise to see Tsonga in the third-round of Wimbledon once again. The world number ten coasted to victory against Simone Bolelli, winning 6-1, 7-5, 6-2. Having reached the semi-final of the competition in 2011 and 2012, the Frenchman will be hoping to try and replicate the sort of form that took him there.

His opponent Sam Querrey produced last year’s shock result, knocking out then Wimbledon champion Novak Djokovic in the third-round. Now back at the same stage again this year, he will be hoping to produce another upset, and seal a second consecutive place in the fourth-round draw.