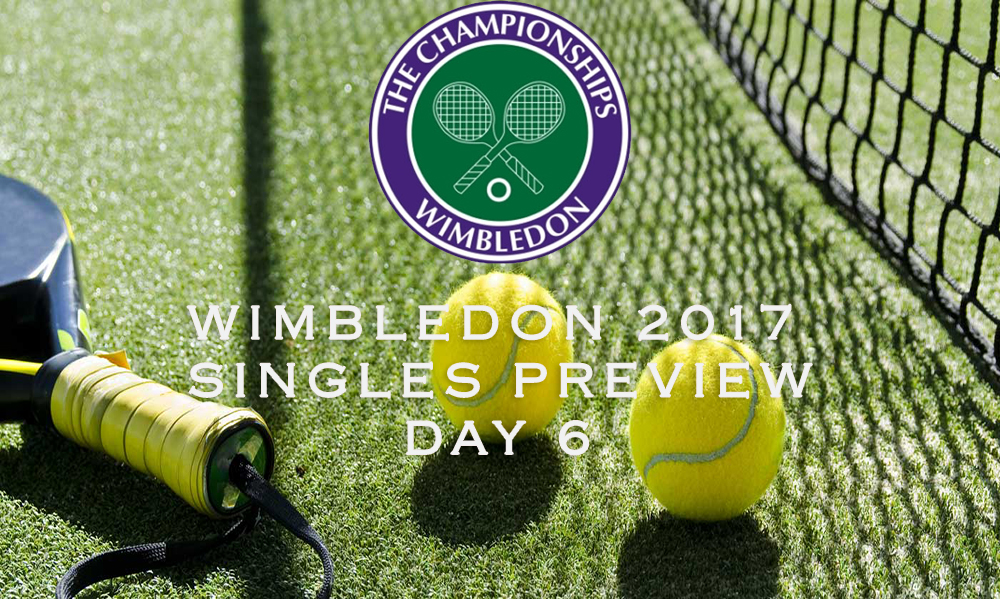 Wimbledon Day 6 – Single’s Preview – Novak Djokovic, Roger Federer, Milos Raonic, David Ferrer and Tomas Berdych are all in action as they look to try and cement a place in the last 16 of Wimbledon.

Here is a look at another jam-packed schedule on Wimbledon, day six.

It was at this stage last year when the then Wimbledon champion was knocked out by Sam Querrey. The world number four will be hoping he fares better in the third-round this time around, in order to avoid another disappointing tournament. Djokovic is yet to lose a set, having beaten Adam Pavlasek in the last round 6-2, 6-2, 6-1.

Gulbis himself has also not dropped a set in Wimbledon 2017. The Latvian has proven he is a capable underdog, knocking out Juan Martin del Potro in the last round, 6-4, 6-4, 7-6. Gulbis has only reached this stage once in his career, back in 2013, but will be hoping to make a first ever fourth-round appearance this year.

Federer disposed of Daniil Lajovic in his first full game of Wimbledon. The world number five took the game in straight sets, winning 7-6, 6-3, 6-2. Having opted against taking part in the French Open, Federer looks fresh and another win would pay testament to his decision.

His Germany counterpart is ranked number 30 in the world, and is in the third round for the first time since 2008. Despite winning the first two sets in the second round again Mikhail Kukushkin, Zverev was taken to five sets, eventually coming out 6-1, 6-2, 2-6, 3-6, 6-4 winner. This a clear indication that if Federer does lose the first or second set, do not count against him pulling it back.

Two of Tennis’ ‘nearly men’ meet in third-round of Wimbledon. Spaniard Ferrer comes in to the game fresh, having only played three games in the second round. At 3-0 in the first set, his opponent Steve Darcis was forced to retire with injury, leaving Ferrer with an automatic qualification. He did however knock out Richard Gasquet in the first round, which was by no means an easy feat.

World number 15 Berych has won both of his first two games in four sets. He beat Ryan Harrison 6-4, 6-3, 6-7, 6-3 to earn his place in the third round. Having reached the semi-final of last year’s competition, Berdych will be hoping to try and replicate similar form if he is to progress further.

SKYBET: DAVID FERRER TO WIN AND BOTH PLAYER TO WIN A SET- 5/1