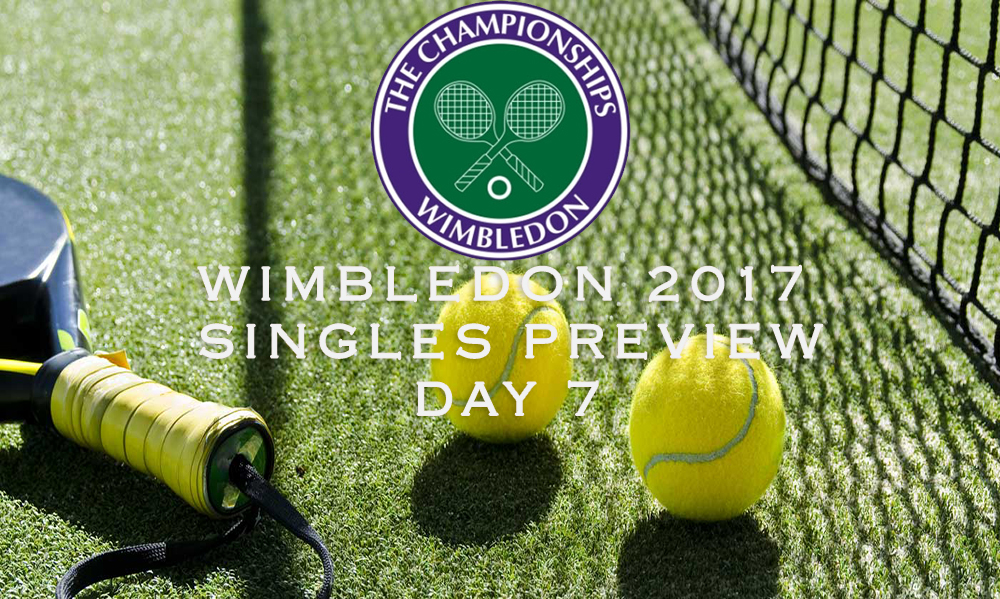 Wimbledon Day 7 – Single’s Preview –Monday brings the beginning of the fourth-round, with only 16 players remaining. As the battle for the Wimbledon title hots up, we are bound to see more epic encounters, as we get to the nitty-gritty of the competition.

Here’s a look at the best action to come on day seven of Wimbledon.

Murray is back in action having come out as winner in four sets against Fabio Fognini. The Italian gave Murray a game, forcing him to defend five set points in the fourth set, in a bid to force a fifth. Murray however fought back from 2-5 down and won the match 6-2, 4-6, 6-1. 7-5. This was Murray’s first real test of the tournament, but the mental resolve to battle back from 2-5 down underlined his strength of character and proved why he is Wimbledon champion.

His opponent Paire is in the fourth-round for the first time. The Frenchman dispatched of J Janowicz in straight sets to secure his place in the next round, where he will meet the world number one. Ranked 46th in the world Paire has very little to lose having exceeded expectation, so will try to give his all to provide a huge upset.

SKYBET: MURRAY TO WIN, SERVE MOST ACES AND LEAST NUMBER OF DOUBLE FAULTS- 11/8

In comparison to Murray, Nadal is still yet to break sweat at Wimbledon. The French Open champion is yet to drop a set at Wimbledon having beaten Karen Khachanov in straight sets, 6-1, 6-4, 7-6. The Spaniard remains unruffled as he searches for a third Wimbledon title, his first since 2010.

Muller beat Alijaz Bedene in straight sets to set up the fourth-round tie. He came out 7-6, 7-5, 6-4 winner against the Englishman. This is the furthest Muller has ever made it in Wimbledon and similar to Paire, the world number 26 will have very little to lose.

Williams look determined to secure her first Wimbledon title since 2008. She secured her place in round four in straight sets, beating Naomi Osaka 7-6, 6-4. The American has reached the fourth round for the third year running and is showing promising form as she looks to play her way to the title.

Konjuh has never reached this stage of Wimbledon, in what is only her fourth ever London tournament. The Croatian is ranked 29th in the world and has only ever made it to the quarter final of a grand slam once. She defeated Dominika Cibulkova in three sets, winning 7-6, 3-6, 6-4. Cibulkova is world number nine, and this proves she is capable of producing an upset, as she faces the world number 11.