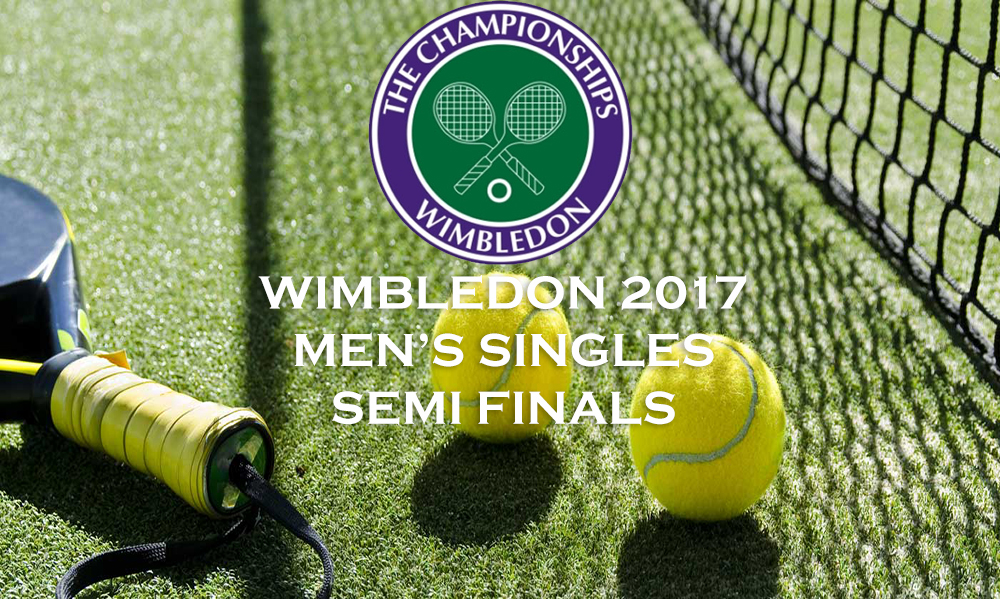 Wimbledon Semi-Finals – Women’s Singles – The quarter finals of the men’s singles threw up two huge upsets, with both Andy Murray and Novak Djokovic losing their place in the competition. With such fine margins separating the final four from a place in the final, every point is crucial on what is bound to be an enthralling day at Wimbledon.

Federer produced a dominant quarter final display against Milos Raonic to book himself his 11th Wimbledon semi-final. The seven-time champion is looking for his eighth title, and made light work of the world number seven, winning in straight sets 6-4, 6-4, 7-6. Raonic beat Federer in the semi-final of last year’s competition, and so this victory will be a welcome relief to the Swiss. Federer has been the favourites with the bookies all tournament, but following the exit of Rafael Nadal, Murray and Djokovic, he looks odds on to add another Wimbledon trophy to his cabinet.

World number 15 Berdych is in to his first ever Wimbledon semi-final. The Czech took the first set against Djokovic on a tie break, 7-6 and was leading 2-0 in the second before his opponent retired through injury. Although some would say he has made this stage through fortunate circumstances, Berdych has proved he is no mug, beating Dominic Thiem and David Ferrer on his way to the last four.

SKYBET: BERDYCH TO WIN AND BOTH PLAYERS TO WIN A SET- 13/2

Querrey produced one of the performances of the tournament to defeat reigning champion Murray in five sets. The American fought back from 2-1 to come out 3-6, 6-4, 6-7, 6-1, 6-1 winner. Many will point to Murray’s long-standing hip injury, which clearly restricted him during the game, but take nothing away from Querrey, he produced the match of his life. Had the world number one been fully fit, there’s no assumptions he would have won, Querrey was playing great tennis even before Murray’s injury took its toll. Having now beaten both last year’s reigning champion Djokovic and this year Murray, the world number 28 has proven he is a force to be reckoned with.

Like his opponent Querrey, Cilic was forced to an epic five set thriller, eventually beating Giles Muller 3-6, 7-6, 7-5, 5-7, 6-1. Having beaten Nadal in five sets, Cilic proved to be step too far for Muller, and the Croat sealed his place in the final four. Querrey finds himself in his first ever grand slam semi-final, compared to Cilic, who finds himself in his third, having already won the US Open in 2015. The world number six’s overriding experience of these big occasions makes him favourite, but this won’t phase Querrey, who has become accustomed to the ‘underdog’ tag.