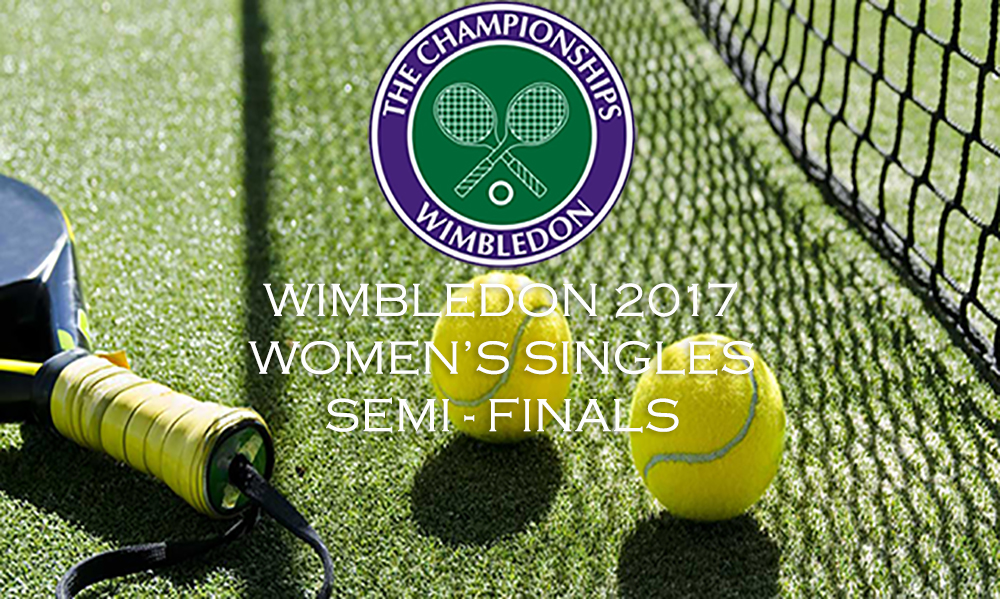 Wimbledon Semi-Finals – Women’s Singles – Thursday marks the start of the Wimbledon semi-finals, starting with the Women’s singles. Having made it in to the last four, every player will have one eye on making it one step further and securing their place in the final. One false move at this stage could ruin their chances at getting their hands on such a prestigious trophy.

Here’s a preview of both semi-finals on Wimbledon, day ten.

Williams is in to her second consecutive semi-final, and has dropped only one set all competition. The American seems determined to secure her first Wimbledon title since 2008. She came through her quarter finals game against Jelena Ostapenko in straight sets, winning 6-3, 7-5. Given her experience in high-profile games, if she could beat Konta, there’s no doubt she’d be favourite to win the final.

Konta has been the stand-out story of this year’s competition. The Brit knocked out world number two Simona Halep in the last round, beating her 4-6, 7-5, 6-4. Featuring in only her second ever grand slam semi-final, Konta will have the whole of centre court behind her, and this could just be the advantage she needs to see her secure a place in the final. Having already made history by being the first British women since 1978 to make the Wimbledon semi-final, few would back against her to go one step further.

Following Halep’s elimination from Wimbledon, world number 15 Muguruza finds herself as the bookies’ favourite to win the competition. The Spaniard came out winner against world number eight Svetlana Kuznetsova in straight sets, beating her 6-3, 6-4. This is Muguruza’s second Wimbledon semi-final, having finished runner up in 2015. If she makes it to the final again this year, she will be hoping to avoid a repeat result, in order to win her first ever Wimbledon title, and second ever grand slam.

Ranked number 87 in the world, Rybarikova has defied all odds to reach this stage of the competition. Prior to this year, her highest ever finish in Wimbledon was being eliminated in the third round, and she had never made it past the third round in any grand slam in her entire career. She beat world number 25 Coco Vandeweghe in straight sets in the quarter finals, winning 6-3, 6-3. This further underlined her impressive form, taking another scalp on her way in to the last four. In the third round, she defeated Karolina Pliskova, who was many people’s favourite for the title.