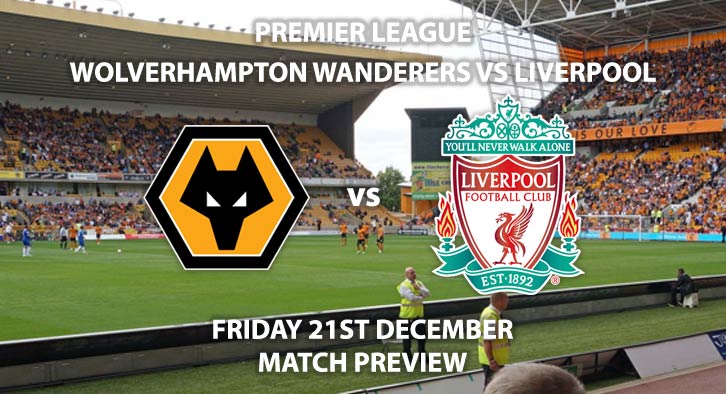 Wolverhampton Wanderers vs Liverpool: Liverpool will be hoping to extend their lead at top of the Premier League when they take on Wolves at Molineux on Friday night.

The Reds moved back to the summit of the league with a comprehensive 3-1 win over Manchester United last weekend. Super-sub Xherdan Shaqiri was the man of the hour with two goals from the bench to win the match. The Swiss international has hit the ground at Anfield. In Liverpool’s new-look 4-2-3-1 system, he is vital, coming off the right-hand side to create for the Reds other attackers. Another new man who has begun to settle in is Fabinho.

The Brazilian had a slow start in Merseyside but is now playing regularly and looking the part. Alongside his steel and athleticism is a very good footballer – illustrated by his fantastic assist for Sadio Mane’s opener against United. With the Champions League out of the way, Jurgen Klopp’s side can now focus on their title tilt. They have shown no signs of letting up to date and are still unbeaten. If they come out of the Christmas period still top of the pile, that will fill them with confidence.

Wolves have established a tag as the ‘top-six bogey side’. They have taken points from Arsenal, Chelsea and both Manchester clubs already this season. Tottenham are the only side to beat Nuno Espirito Santo’s side. Molineux has proven to be a tough place to visit and with Wolves up to seventh, it won’t be an easy game for Klopp’s side. Three wins on the spin – including three points against Chelsea – has seen Wolves end their recent slump and climb the table. They will be without Diogo Jota for this game, who has been the catalyst for their recent revival. Raul Jiminez will be looking for his third goal in four games and will lead the line as his side look to continue their push for European football.

Craig Pawson is the referee for this game. The Englishman has taken charge of 12 matches this season. In that time, he has accumulated an average booking points total of 48.8. As a result, I would recommend a maximum of 60+ points for this game.

Wolves have proved a tough nut to crack for all of the top sides this season, this game will be no different. Still, the Reds have shown so much mental strength in recent weeks, so I think they will sneak a tough win.

Wolverhampton Wanderers vs Liverpool will be televised live in the UK on Sky Sports Premier League with kick-off at 20:00 GMT.

Odds and markets last updated on Friday 21st December @16:40 GMT. Keep checking back to see if there’s any updates to markets – the time stamp in the previous sentence for when we update tips on this page will be updated.

Remember to keep visiting the tips and preview area for further updates and betting previews around this weekends matches.