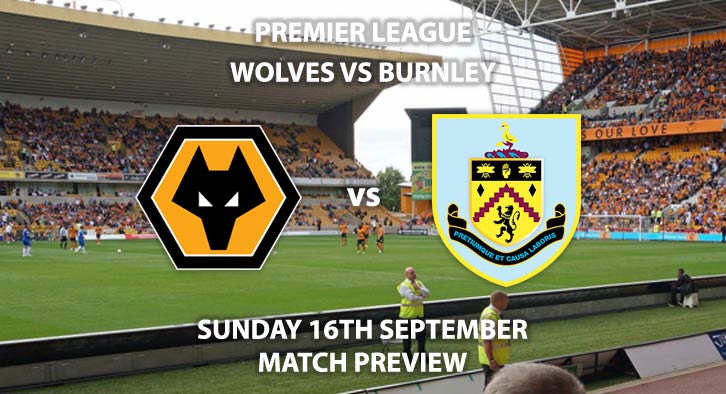 Wolves v Burnley  – neither side has set the world alight so far, however this weekend’s hosts have shown why they deserve their Premier League status after their promotion last season. The visitors have not begun in impressive fashion, without a win from their opening four matches.

Wolves are comfortably midtable and are priced at 3/4 by SkyBet for a home win this Sunday. Their excellent summer recruitment has made them a solid favourite to avoid relegation this season, with Ruben Neves the cream of the crop. The Portuguese midfielder has a bright future ahead of him and has been classy in the middle of the park so far. Dangerous from a free kick, Neves is priced at 17/2 to break the deadlock. Raul Jiminez and Diego Jota also bolster the attack with pace, power, dribbling and instinctive shooting. They will cause plenty of hassle for Burnley’s defence.

Burnley are currently 19thin the league, with three losses and a draw. SkyBet have priced them at 4/1 – worth backing in my opinion. The only real bright spark so far for them this season has been James Tarkowski. The centre-back has already netted twice and featured for England in the recent international break.

Going forward, Jeff Hendrick is a key figure for Sean Dyche’s side. The midfielder has found the net already this season and will be key to unlocking Wolves’ physical defence. The Ireland international is priced at 12/1 to score first. Sam Vokes and Chris Wood both offer a target-man presence and will also be a good physical match-up against Wolves’ centre-backs.

The referee for this encounter will be Andre Marriner. The official has awarded an average booking points of 26.7 in his 3 Premier League matches this season. I’d not expect too many cards from this match.

Wolves v Burnley will be televised in the UK on Sky Sports Premier League and kicks off at 13:30 GMT.

Prediction: 1-1 Draw
– Both teams could cancel each other out, with similar strengths in similar positions.

Odds and markets last updated on Sunday 16th September 2018 @11:54 GMT. Keep checking back to see if there’s any updates to markets – the time stamp in the previous sentence for when we update tips on this page will be updated.