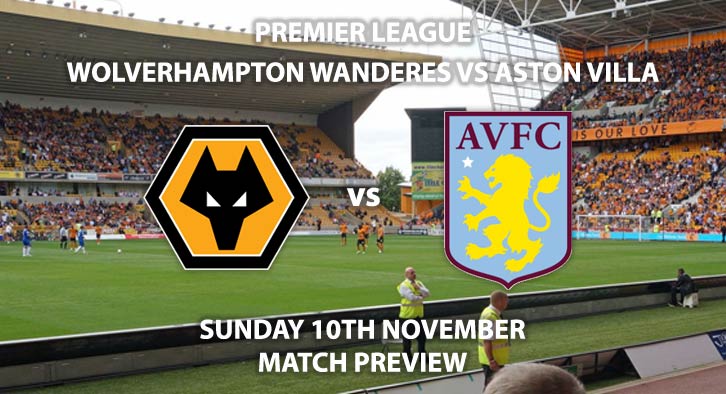 The hosts are still adjusting to their hectic domestic and European schedule after their Thursday night 1-0 victory over Slovan Bratlislava. Meanwhile, Aston Villa are still in hot pursuit of more league points, sitting just above the relegation zone.

The two of these met each other just over a week ago in the EFL Cup, where Aston Villa won 2-1. SkyBet are offering 12/1 for a repeat of that score line in the visitor’s favour.

Wolves are priced at 17/20 to win the match by SkyBet after their underwhelming run of results. Nuno Santo Espirito’s men have three draws from their last five matches – all against winnable opposition. In these last five matches, both teams have scored in all of them meaning Wolves are never too far away from the action. SkyBet are offering 5/2 for Wolves to win and both teams to score.

Striker Raul Jiminez is settling into the new season after a slow start. He has four goals so far and is 7/2 to score first.

Aston Villa are priced at 16/5 to win the match and beat their opponents for the second time in less than two weeks. Dean Smith will be hoping his side can capitalize on their recent form with just two losses in their last seven – both respectively coming against Manchester City and Liverpool. Summer signing Wesley has found his feet spearheading the Claret’s attack with four league goals. He is a tall, physical figure for the Wolves defence to deal with and is priced at 5/2 to score anytime.

The referee for this match will be Anthony Taylor. Neither of the sides have shown too much aggression in the campaign so far, so it could be a quiet afternoon for the official despite the derby mentality.

Wolves vs Aston Villa will be televised on Sky Sports Premier League HD and kicks off at 14:00.

– Despite the league standings showing five places between the two, it is tough to split them in their current form.