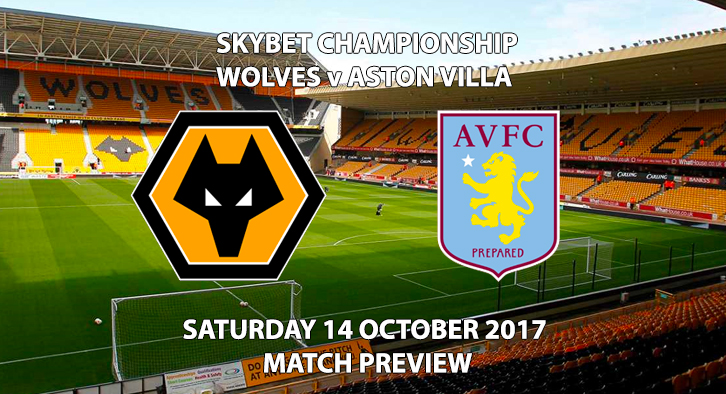 Wolves vs Aston Villa – Match Preview – The Midlands plays host to the Championship’s most exciting game of the weekend as 2nd place Wolves look to continue their excellent start to the season at home against the division’s form team Aston Villa.

Two of England’s true sleeping giants, both Wolves and Villa are desperate to improve on last campaign’s languid respective 15th and 13th place finishes and return to the country’s top tier.

Ex-Porto and Valencia manager Nuno Espirito Santo has been appointed to achieve just that, in what many have stated is a huge coup for the West Midlands side, and enjoyed his start to life in England – he has led Wolves to within one point of topping the division, including wins over Middlesbrough, Derby County and Hull City on the way.

Since the inevitable relegation from the Premier League, Aston Villa have spent an awful lot of money to make the stay in the Championship as short as possible.
After another sluggish start, Steve Bruce’s team have won their last four on the bounce, with 5 clean sheets in their last six.

In fact, Villa haven’t lost since 15th August, and Bruce will be looking to prolong this resurgence to increase his record of the most promotions from the second tier into the Premier League come the end of the season. Currently just outside the play-off places in 7th, a win would surely put Villa right where they want to be in amongst the promotion mixer.

In an ever-exciting season, this game will surely prove to highlight its unpredictable nature – it truly could go either way.
With just four points separating the sides, gaining a victory over the other team could prove vital – damaging a potential promotion rival would be a bonus. 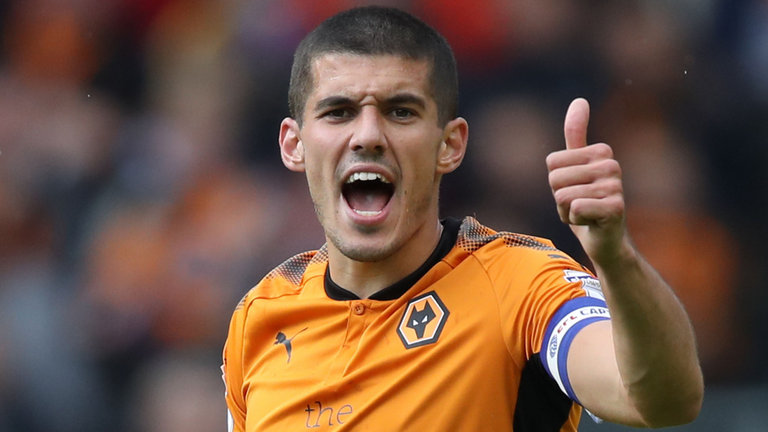 Coady returns from a one match ban this weekend Photo Credit: skysports.com

Team News
Conor Coady returns from suspension to become available again for Wolves, while the international players – Romain Saiss, Ruben Neves all return to club action fit and firing.
Willy Boly and Ryan Bennett are unlikely to recover from their injuries in time to make the squad.

For Villa, Jack Grealish will remain unable to make his first appearance of the season and Mile Jedinak, Andre Green, Keinan Davis and Henri Lansbury all face late fitness tests before a decision is made on their inclusion. 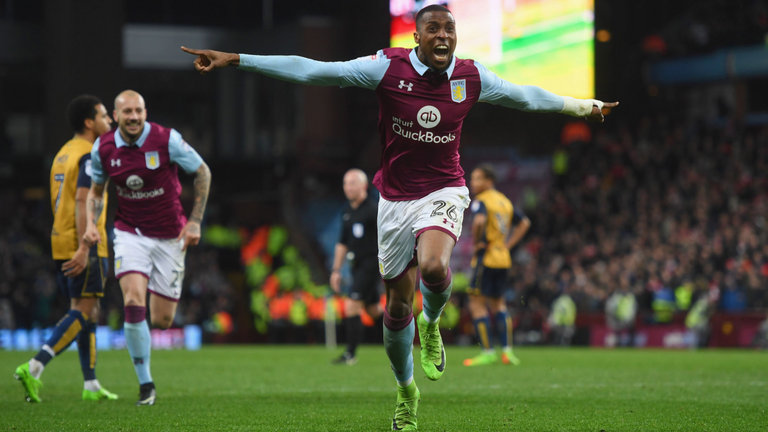 Kodjia can fire Villa into the promotion places this season Photo Credit: skysports.com

Player to Watch
Despite a sluggish start to this season, Jonathan Kodjia has hit the ground running at Villa Park since his £12-13m switch from Bristol City last summer. The Ivory Coast international got off the mark in Villa’s last game, scoring the only goal against Bolton Wanderers to help his side claim all three points. A return to form could signal trouble for Wolves and the rest of the league, and not many would bet against him firing Villa into the play-offs or possibly beyond if he matches or betters his 19 league goals from last campaign.