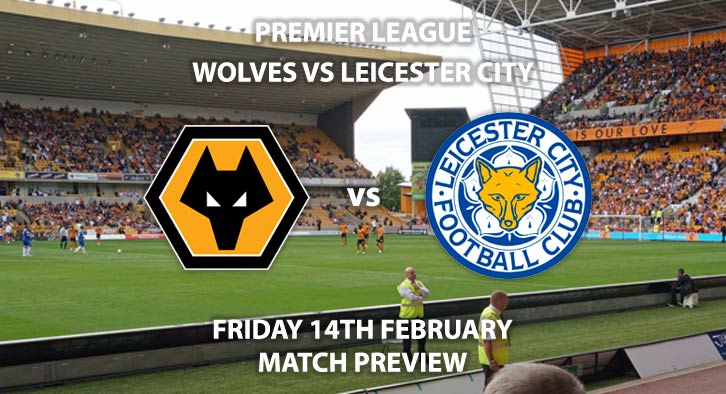 Wolves host Leicester City in the latest instalment of Friday night football in the Premier League.

Both sides headed into the Premier League’s first-ever winter break following a draw apiece, but now as the business end of the season approaches, they will be hoping to finish as strongly as possible, starting on Friday evening.

Leicester were held 2-2 at the King Power by Chelsea, meanwhile Wolves played out a stalemate with Manchester United at Old Trafford.

Prior to the winter break both Wolves and Leicester had dropped points needlessly, and lost ground in their bid to secure European football for next season. Nuno Espirito-Santo’s Wolves side had won only one of their last eight encounters, meanwhile Leicester, despite sitting pretty in 3rd, had lost two of their last four in the league.

Wolves have lost three times in the league on home soil this season, with their most recent defeat coming to Liverpool at the end of January. SkyBet are offering odds of a home win at 7/5.

The last meeting between these two sides ended 0-0 at the King Power on an afternoon where VAR took centre stage in the Midlands. Brendan Rodgers’ Leicester side have lost only one of their last five matches against Friday night’s opponents, winning three and drawing one. Wolves’ last win in this fixture came in January 2019, winning a thriller 4-3 at Molineux.

Two of the last three matches between these two sides have ended goalless.

The referee for this encounter is Mike Dean. The 51-year old has awarded eighty-three yellow cards, and three red cards in nineteen appearances in the league this season, establishing himself as one of the stricter match officials. This considered, I would recommend a minimum of 40+ booking points for this encounter.

Wolves vs Leicester will be televised live in the UK on BT Sport 1 with kick off at 20:00 GMT.