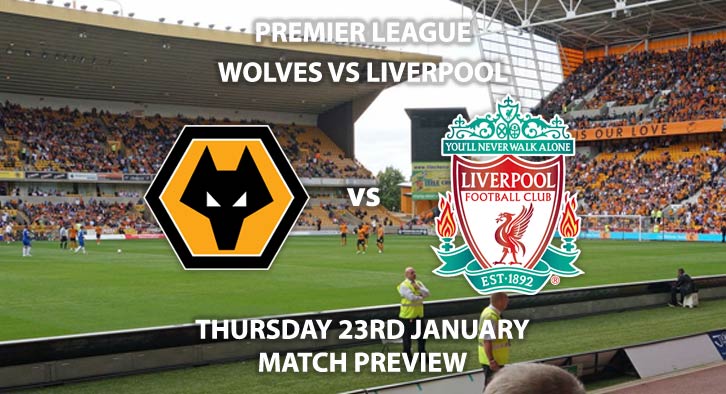 The hosts got back to winning ways in their last outing against Southampton, pulling off an incredible second half comeback to win 3-2 away from home. They are chasing down the top four places. Meanwhile, the Reds are flying high in their charge for their first ever Premier League title. They remain unbeaten after a win against rivals Manchester United.

Wolves are underdogs for the match and are priced at 4/1 to win the match by SkyBet. The Midlands based club have gone through a topsy turvy time through Christmas and new year, dealing with a lot of frustration with results and injuries. However, they once again showcased their character in the comeback against the Saints and will be high on confidence heading into this tie. They will feel they can upset the party.

Rail Jimenez has gone from strength to strength and is one of the best number nines in the league. He is priced at 12/5 to score anytime and add to his 10 goals this term.

Liverpool are priced at 4/6 to win the match and continue their unbeaten run for the season. Jurgen Klopp’s men have been incredible this season and proved it again in their 2-0 victory over Manchester United. They are incredibly solid at the back and attack with potency that no league defence can stop.

Attacker Mohamed Salah got on the scoresheet late on against United and looks in fine form at the moment. He is priced at 7/2 to open the scoring.

The referee for this match will be Michael Oliver. The official is one the most experienced in the league’s history and has averaged 33.9 booking points this season from his 18 topflight matches.

– The Reds look unbeatable and although Wolves do well against top sides, I doubt they can stop Jurgen Klopp’s side.