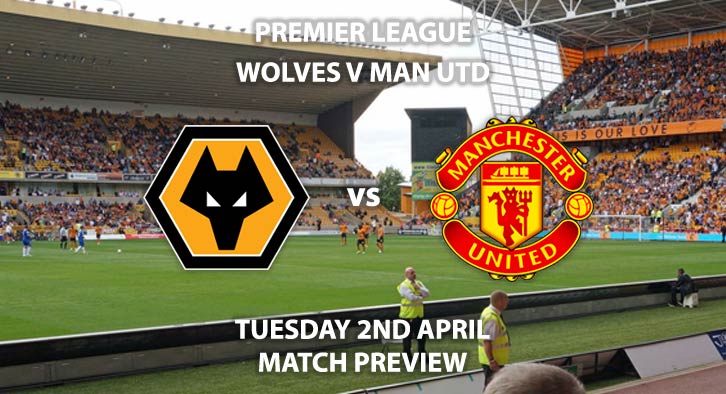 Both teams have had very little time for rest as they featured on Saturday. The hosts lost 2-0 away at Burnley whilst Manchester United won 2-1 at home to Watford.

This match will be the third time these two meet this season; with the reverse in the league and FA Cup quarter-final seeing United win neither match.

Wolves will have confidence after their FA Cup win against United and are priced at 14/5 to win by SkyBet. Wolves have continued their impressive form in their first season back in the top-flight. One of the main reasons for this success is loanee Raul Jiménez. The Mexican striker has 12 goals for this season and is 21/10 to score anytime.

Wolves are in some really impressive form at Molineux, with six wins in the league seven home matches in all competitions. They are 13/2 to win and both teams to score.

Manchester United will want revenge on Wolves and are priced at 1/1 to win. Manchester United have shown vast improvement under, now permanent, manager Ole Gunnar Solskjaer and their attack has become much more free-flowing. Striker Romelu Lukaku has been a player to show more composure in front of goal and has 12 goals for the season. He is priced at 7/2 to score first by SkyBet.

The visitors are the team in the league with the most matches with over 2.5 goals, with 22 of their 30 outings. SkyBet are offering odds of 9/4 for Manchester United to win and Over 2.5 Goals.

The referee for this match will be Mike Dean. The official has averaged 51 booking points this season. When these two met a few weeks ago in the FA Cup, 80 booking points were brandished.

The match will be televised on Sky Sports Premier League HD and kicks off at 19:45.

– History in is favour of the hosts, who will likely frustrate United on Tuesday.

Odds and markets last updated on Monday 2nd April 2019 @18:50 GMT. Keep checking back to see if there’s any updates to markets – the time stamp in the previous sentence for when we update tips on this page will be updated.